The circulating supply of stablecoins peaks as the Bitcoin price drops

Bitcoin (BTC) price has not yet recovered after the correction it experienced. Against the current price, the $40,000 resistance stands and has not been surpassed yet.

The weak trend in the price of the largest cryptocurrency seems to have benefited stablecoins with a value equal to $1. Sharing market statistics on Twitter on May 27, on-chain monitoring resource Glassnode reported that the circulating supplies of the three largest stablecoins have increased significantly. announced.

According to the data quoted in the tweet, the circulating supply of Tether (USDT) reached $14.2 billion, while the supply of USD Coin (USDC) was calculated at $9.72 billion. The supply of DAI, another stablecoin, was announced as $1.22 billion. 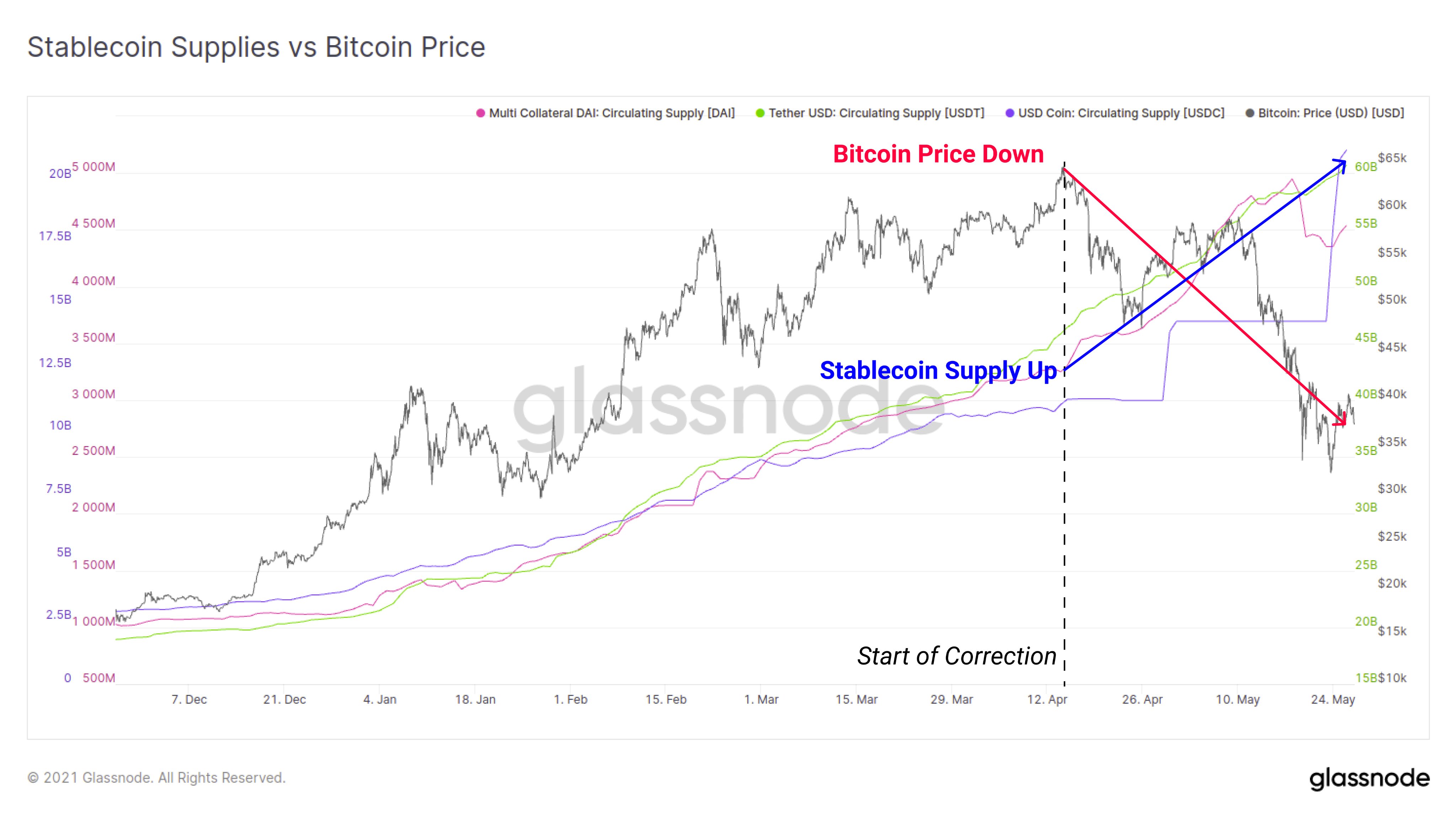 As can be seen in the chart, there has been a gradual decline in Bitcoin price since mid-April.

Reaching its all-time high, Bitcoin saw a correction from the $65,000 peak to the $30,000 region. During the same period, data showed a marked rise in stablecoin supplies.

As previously mentioned by Cointelegraph, another data source, Delphi Digital research, emphasized that besides USDC and USDT, the supply of BUSD, the stablecoin solution of Binance exchange, has increased. 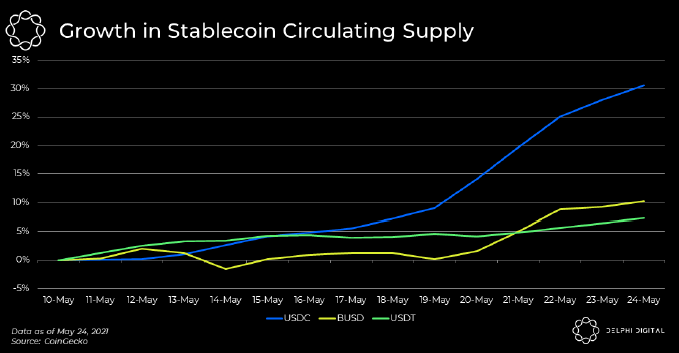 Experts have attributed the increasing stablecoin supply to the fact that Bitcoin will be purchased intensively at the bottom price, but it seems that there has been no movement in this direction yet.

As stated in another report, there has been a significant change in stablecoin demand and purchasing power in the recent period.

On this data, which means that the market cap of Bitcoin is 8.54 times greater than the global supply of stablecoins, analysts say, “it can mean that the purchasing power of cryptocurrencies pegged to the dollar has reached an all-time high”. had commented.