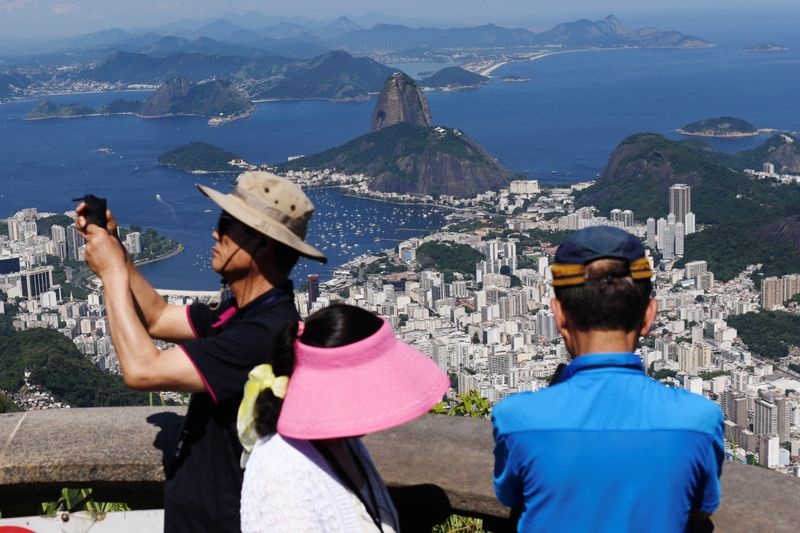 © Reuters. Minister Pakdemirli: We generate income from ecotourism as much as the general tourism income.

The Minister of Agriculture and Forestry, Dr. Bekir Pakdemirli said, “When the 2021-2025 Ecotourism Action Plan determined by our General Directorate of Forestry is completed, we will generate as much income from ecotourism as the general tourism sector.”

Minister Pakdemirli, who stayed in a tent and chatted with the young people around the campfire on the ecotourism route in the Kavakarası region of Muğla, which is adorned with sweetgum trees, said, “Today, we are launching the prepared action plan. In total, 110 “Ecotourism Management Plans and Applications” will be made, and at the end of the action plan, our ecotourism areas will contribute 250 million TL annually to our country’s tourism destinations “.

Defined by the World Ecotourism Association as “responsible travel to natural areas, aiming to improve the welfare of the local people and protect the environment”, ecotourism has been growing 3 times faster than the general tourism sector in recent years.

OGM, which prepares Ecotourism Action Plans under the leadership of the Ministry of Agriculture and Forestry, in order to ensure that citizens can have a holiday in better conditions during the pandemic process, to instill awareness of nature protection and to take a share from the growing ecotourism cake, accommodation in nature, walking, with 39 ecotourism routes determined in 29 provinces, It gives the opportunity to explore the natural habitat with bicycle trails.

Ecotourism is a strategic goal

Minister of Agriculture and Forestry, Dr. Minister Pakdemirli, stating that the people living in the cities have had a desire to move towards nature and forests in our country in recent years, as in the rest of the world, “This trend is observed much more with the pandemic. Within the scope of this area, which is not overlooked by our General Directorate of Forestry, we planned new management areas in order to meet the expectations and demands focused on ecotourism and to expand ecotourism services and set it as a strategic goal. When the 2021-2025 Ecotourism Action Plan determined by our Directorate is completed, we will generate as much income from ecotourism as the general tourism sector. “ said.

1.7 billion lira investment in rural development in the field of ecotourism

Referring to the benefits of ecotourism in rural development, Minister Pakdemirli said: “We will make a significant contribution to the development of the countryside by presenting the natural beauties of our country to the use of domestic and foreign tourists, by presenting the beauty of the countryside to tourism, which is a chimney-free industry, and transforming it into economic power.”

Support of 2 million lira to Çandır

Minister Pakdemirli, who visited the Muğla Çandır Ecotourism area with the participants and came together with the local people, made the following statements:

“Çandır Village emerged as an alternative area to mass tourism in the surrounding area. You know, before Çandır Village was declared an ecotourism area, our peasant citizens earned their income from agriculture and fishing. Now this region has gained an identity in the field of tourism, and a trade volume of approximately 2 million TL has been achieved. Thus, the region-specific products and flavors produced by our villagers gained a brand value. “

Bekir Karacabey, General Manager of Forestry, stated that they came together for the ecotourism project, which brings citizens together with nature and also contributes to the villagers and tourism of Turkey, and said, “Our country’s geographical features, seasonal advantages, endemic species diversity, having 2 of the 3 important bird migration routes in the world, “It is a true ecotourism paradise with its transportation advantages, differences and riches.”

Located in Muğla Köyceğiz district, Kavakarası Ecotourism Area, consisting of 16 km of hiking and cycling tracks, is a healing forest with sweetgum trees that can only form a forest around Köyceğiz Lake in the world. In order to diversify ecotourism destinations in the region, the Kavakarası Ecotourism Route, which includes a walking and cycling track for the Anatolian sweetgum tree, has been put into service in Kavakarası locality opposite the basin of Çandır Village, in order to diversify ecotourism destinations in the region. “It is obvious that it is a more rational approach to manage it correctly and control it without harming national and natural values.

Bekir Karacabey, on the other hand, said that the Anatolian sweetgum tree has been in this region for 65 million years and continued: “This forest will heal our people while walking and cycling. However, it is one of the two structures with an octagonal structure in our country. Seljuk Cupola is in this area, “he explained.

Karacabey stated that, in addition to ecotourism, as a result of the studies carried out on recreation areas since 2002, they have increased the number of recreation areas from 92 to 1620 today “Of these, 1485 are recreation areas and 135 are urban forests. While we provide employment to 30 thousand people here, we contribute 1 billion 500 million TL to the national economy.” said.

After the program, Minister of Agriculture and Forestry Bekir Pakdemirli, “As the Ministry, we support nature-based ecotourism, show once again that we stand by our villagers and our people. Thus, we direct the future by adding value to our country and our people. I believe that the work we do as the Ministry will contribute to the dynamic forestry understanding in accordance with the conditions of our changing and globalizing world, I wish good luck to our country and our citizens, and thank everyone who contributed and participated. “ he left the field.