Projects that try to exist within the decentralized finance (DeFi) ecosystem usually start collecting users with pre-sales before launching their tokens. Projects called IOUs, which allow pre-sale and token trading before the mainnet stage, also emerged with this logic. Polkadot (DOT) is one of the names that have gained users with this method.

Casper (CSPR), which was launched using the IOU process and uses the Proof of Stake (PoS) consensus algorithm, just like Polkadot, is a relatively new project, but has seen an astronomical price increase.

CSPR, which was offered for sale at $ 0.03 after the initial token offering (ICO), has become traded at $ 36 as of today. 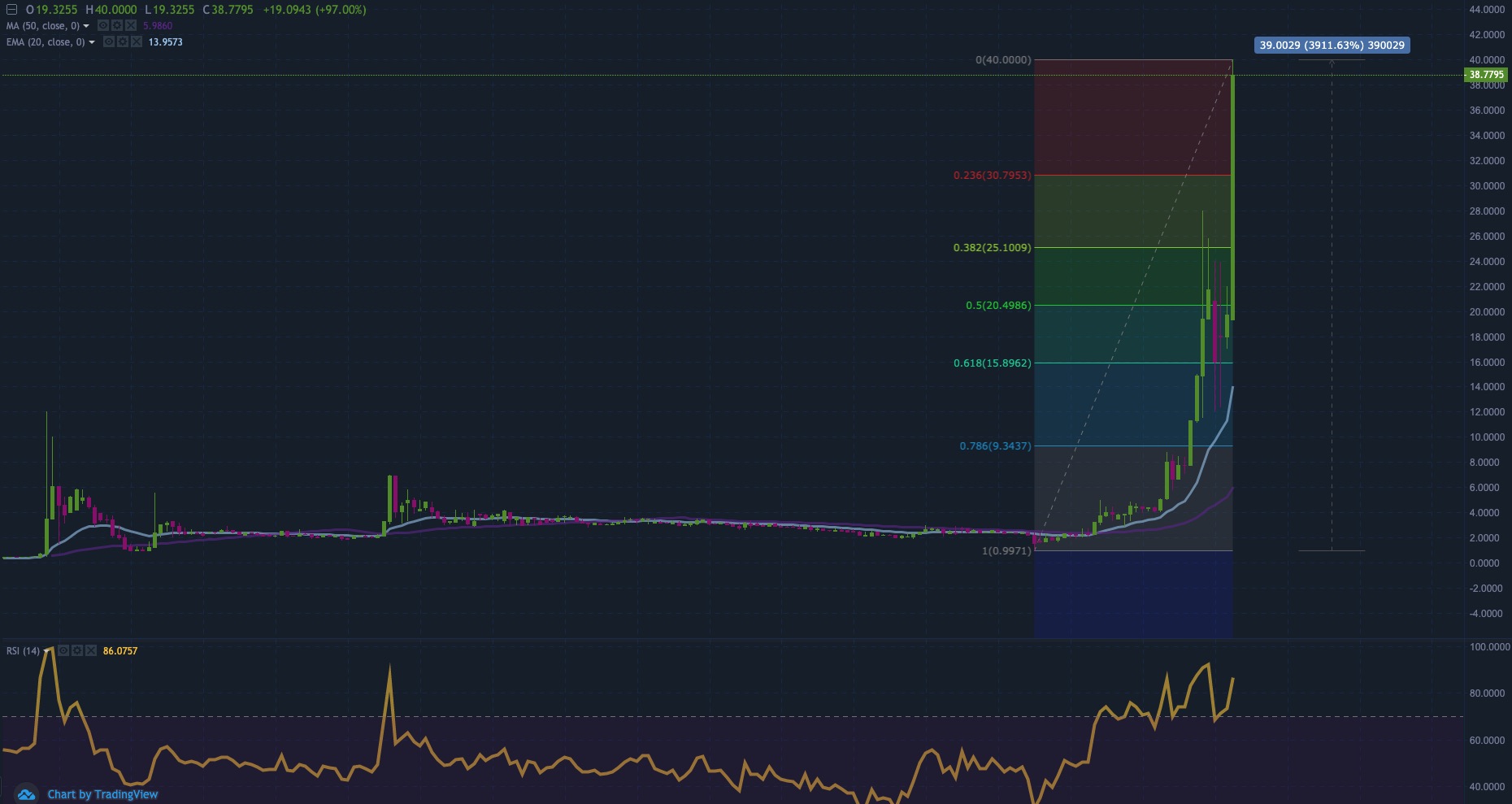 According to the data, CSPR changed hands at $ 0.99 on May 6, and reached its highest value of $ 40 on May 11 when this article was prepared. In other words, CSPR saw an increase of 3,911 percent in just six days.

After the CSPR price hit an all-time high at $ 40, profits began to come. While moving averages (MA) and overbought boundaries show that the market is currently controlled by the bulls, they also warn of any correction that may come.

Correction can be expected for the price to reach a healthy level. In this case, the first support to be followed will be at $ 25.1, where the 38.2% Fibonacci retracement level is calculated. A recovery up from this level increases the chances of a trial for a new record.

On the other hand, if a deeper correction is seen, the $ 20 line, where the 50% Fibonacci retracement level is located, could also turn into the psychological limit that must be held. If this support is broken, it is possible to decline up to $ 15. If the CSPR / USDT pair recovers around $ 20, it is likely that there will be a range-dependent movement for a while.

The CSPR token was listed on the BitZ exchange shortly after the ICO transaction was completed and was traded for less than $ 3 by early May.

On May 9, the price increased with the news that CSPR will be listed on Huobi, the sixth largest cryptocurrency exchange.

The trading volume on exchanges listing CSPR has increased six times following the announcement and is 933 times higher than the ICO price. On the other hand, multiple partnership and protocol developments also gave Casper strength. After the mainnet announcement on March 31, numerous collaborations were announced, including names such as Terra Virtua, BIGtoken, WISeKey and Lead Ventures.

Along with speculation from traders, the project already has strong relationships with established crypto firms such as BitGo, and the fact that it has various use cases suggests there is more to it than the hype surrounding the recent price surge.

The opinions and comments expressed here belong only to the author. It may not reflect the views of Cointelegraph.com. Every investment and trading transaction involves risk. When making your decision, you should do your own research.