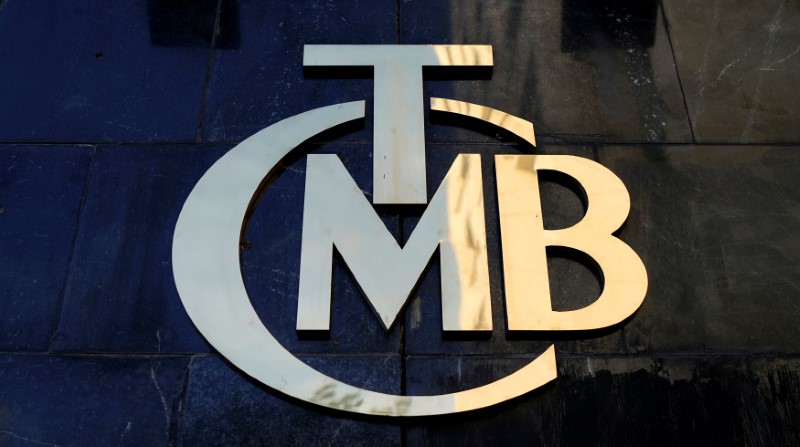 Details of the CBRT report are as follows:

Consumer prices increased by 1.68 percent in April, and annual inflation rose by 0.95 points to 17.14 percent. While annual inflation in main items excluding food increased, the most significant contribution to the increase in consumer inflation came from the energy group. In this period, scale mobile system and ceiling price application

Annual inflation in the services group increased, on a monthly basis, it slowed down after the March opening effect. In this period, the rise in commodity prices continued under the leadership of agricultural commodity and industrial metal prices.

The rapid increase in producer prices continued due to the developments in import prices in terms of Turkish lira and the ongoing supply difficulties for some products. As a result of these developments, while the annual inflation of B and C indicators increased, their tendencies remained high, albeit with some improvement.

Consumer prices rose by 1.68 percent in April, and annual inflation increased by 0.95 points to 17.14 percent (Chart 1). In this period, the annual rate of change in the B and C indices increased by 0.62 and 0.89 points, respectively, to 18.11 percent and 17.77 percent (Chart 2). When the contribution of subgroups to annual consumer inflation is analyzed, the contribution of energy, core goods and services increased by 0.58, 0.38 and 0.12 points, respectively, compared to the previous month, the contribution of the food group remained unchanged, while the contribution of the alcohol-tobacco-gold group was 0. Decreased by 13 points. With seasonally adjusted data, the trend of B and C indicators continued to decline compared to quarterly averages. During this period, the inflation trend decreased in processed food and core goods groups, while it remained almost flat in the services group.

Prices of services rose by 0.72 percent in April, and the group’s annual inflation rose by 0.56 points to 13.12 percent (Chart 5). On the other hand, with seasonally adjusted data, monthly inflation slowed down after the increase recorded in March due to the opening effect. While the annual inflation increase was more pronounced in restaurants-hotels and other services, it was relatively limited in other sub-groups (Chart 6). While the restaurant-hotel annual inflation increased due to the low base due to the disruption of the activities due to the epidemic in the previous year, the monthly price increases in both catering services (1.35 percent) and accommodation services (1.42 percent) drew attention. In the rise in prices of other services, education services came to the fore due to the increase in private school fees, and this development was driven by the end of the temporary VAT cuts due to the indexing behavior of the past inflation. In this group, price increases were also observed in items such as maintenance and repair of personal transportation vehicles and dental fees due to exchange rate developments. In transportation services, there was an increase (2.49 percent) in the prices of airline passenger transportation, while the prices of intercity passenger transportation by road decreased. On the other hand, prices of communication services decreased due to mobile phone call charges, despite the increase in internet costs.

Annual core goods inflation increased by 0.99 points to 23.13 percent in April (Chart 5). In this period, annual inflation declined in durable goods, while it increased in clothing and footwear and other core goods (Chart 7). Looking at the monthly price developments, durable goods, which have followed a relatively moderate course for the last two months, accelerated the price increase (1.45 percent) in April with the effects of the exchange rate, automobile prices (3.47 percent) stood out in this development, while the decline in furniture prices played a limiting role. In addition to exchange rate developments, the upward trend in industrial metal prices continues to affect durable consumer goods prices. Prices in the clothing and footwear group continued their high increase trend since the beginning of the year, and with the transition to the new season, annual inflation rose by 3.63 points to 10.96 percent. Prices rose rapidly in the other core goods group (2.16 percent), and the group’s annual inflation rose by 2.01 points to 18.81 percent.

Energy prices remained relatively flat with 0.10 percent in April (Table 1). and bottled gas prices rose by 1.07 percent and 1.64 percent, respectively, despite the depreciation of the Turkish lira, fuel prices declined by 0.78 percent due to the mobile and ceiling price implementations. Currently, the scale mobile application eliminates an important inflationary effect. Despite the flat outlook in energy prices in this period, annual inflation rose by 6.01 points to 18.44 percent due to the base effect.

When analyzed by main industrial groups, annual inflation increased significantly in energy and intermediate goods groups (Table 3, Graph 13 and Graph 14). The low base in the same month of the previous year was also effective in the remarkable increase in energy annual inflation. A very significant price increase was observed in intermediate goods (6.63 percent) in April. While iron-steel and ferro alloys, plastic products and basic chemicals, textile yarn-fibers and paper and paper products stood out in this development, it was observed that the increases spread throughout the group. While the production and distribution of refined petroleum products and electrical energy became prominent in the increase in energy group prices, the increases in metal construction products, parts and accessories of motor vehicles, machinery and computers and environmental sciences were noteworthy in the capital goods group. Jewelery, household appliances, furniture and consumer electronics were the main drivers of the price increase in durable consumption goods, while meat products, other textile products and solid-liquid networks were the main drivers of the price increase in durable consumption goods. With these developments, the pressures on consumer prices stemming from producer prices continued to get stronger.