What is Polkadot (DOT)? Where to buy DOT coin?

Polkadot; It is an open source protocol that enables different blockchain networks to be connected to each other, provides secure inter-chain data transmission, and can be scaled according to need. The local token of the Polkadot network is named DOT.

The protocol overcomes the scalability and interoperability features, which are the biggest problems of the blockchain ecosystem, by acting as a direct bridge between networks.

You may be interested in: What is an oracle? What does Oracle do?

Polkadot, a fragmented multi-chain network, can handle multiple on-chain transactions simultaneously. In this way, it eliminates transaction bottlenecks. Developed to eliminate the scalability problem, Polkadot makes it possible for different blockchain networks to work together, which cannot normally be provided with data flow.

Set out to solve the ossified problems of the blockchain ecosystem, Polkadot is thought to be promising with its development-oriented structure. In the Polkadot coin comments made throughout the market, the idea that the future of Polkadot coin will be positive, as it resolves the scalability problems of blockchain systems.

How does Polkadot work?

As it is known, blockchain networks are like a long ledger in which data is listed one after the other. Since they do not have a traditional database structure, they are not designed to move the external data in or the inside data to the outside. They are more like closed circuit structures.

Polkadot, on the other hand, works like a translator that communicates people who do not understand each other’s language. As it allows the data on different networks to be passed between each other, it also has the capabilities to prevent transaction bottlenecks.

Working structure of the Polkadot protocol

The main Polkadot chain acts as a relay chain linking individual chains together. Each blockchain network is responsible for transactions within itself. Communication between networks takes place via the Polkadot relay chain. In this way, interoperability problems are eliminated.

It solves the scalability problem in blockchain structures, where the amount of data is always increasing, with a parallel data structure named “parachain”.

You may be interested in: What is a Smart Contract and how does it work?

In order to establish connections to frequently used blockchain networks such as Bitcoin or Ethereum, a “bridge” is used.

Who was Polkadot developed by?

Ethereum’s co-founder and developer of the Solidity programming language, Dr. The idea for Polkadot emerged with the whitepaper (technical article) published by Gavin Wood in 2016. Wood also founded the Web3 Foundation in 2017 to research and develop decentralized web technologies, including Polkadot.

The Swiss-based Web3 Foundation announced the launch of the Polkadot network and its local token, DOT, on August 19, 2020.

The Polkadot network uses the Nominated Proof of Stake (NPoS) consensus algorithm, which can be defined as a proof of stock based on the candidate system.

Consensus roles on the network such as transaction validation are realized through a governance token called DOT. In addition to the common Proof of Stake (PoS) structures, a consensus algorithm is offered with different roles.

Ek okuma: What is Staking? Is Staking Profitable?

Advantages of the Polkadot protocol

While closed blockchain networks can go up to a certain capacity, Polkadot operates as a fragmented multi-chain protocol. It can process more than one chain transaction at the same time. It avoids the bottlenecks in traditional blockchain structures that have to do each transaction individually. 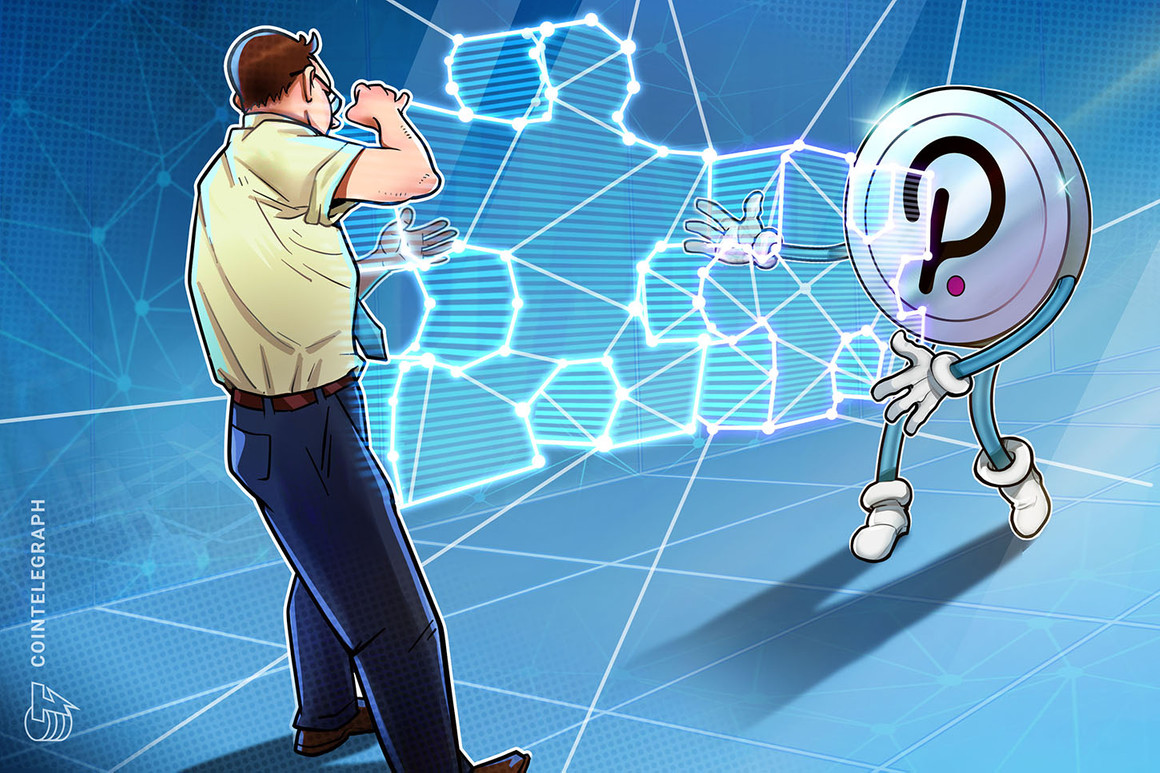 Polkadot is also a customizable network. The Polkadot protocol can be optimized according to the usage pattern of each blockchain network. Efficiency and security can be increased by neutralizing unnecessary codes.

Software upgrades can also be performed without the need for hard fork, which occurs when a root update is performed on blockchain networks.

What does DOT do? How many DOTs are there on the market?

DOT, the local token of the Polkadot network, has an important place in the operation of the system. It gives the participants the right to manage, provides staking opportunity for the healthy continuity of the system and is used for every transaction expenditure.

In the first phase of Polkadot, which was announced as the first coin offering (Initial Coin Offerings, ICO) project, 10 million DOTs were launched. The circulating amount of DOT, which was reintroduced in 2019 and 2020, reached 932 million at the time of this writing. According to CoinMarketCap data, the total DOT supply is 1,068,334,360.

Is DOT mining in progress?

DOT, the local token of the Polkadot protocol, is not a mined entity due to the NPoS consensus algorithm used by the network.

Where to buy DOT?

It is possible to trade on every trading platform that lists the Polkadot (DOT) unit. Among the crypto money exchanges that support DOT transactions, the names with the highest volume are Binance, Huobi, Gate.io, Kraken.

According to CoinMarketCap data, there are names such as Binance TR, BtcTurk and Paribu among the exchanges that allow trading in Turkish lira and support DOT / TRY parity.

Share
Previous Bitcoin price may continue to decline for these 3 reasons
Next Anyswap (ANY) doubled in 24 hours!