What is Byzantine Fault Tolerance (BFT)?

The Father of PlayStation Doesn’t Like Metaverse or VR Headsets

It forms the basis of the algorithm that solves the “Byzantine Generals Problem” described in the article published in 1982 by Leslie Lamport, Robert Shostak and Marshall Pease.

Byzantine Fault Tolerance was developed to solve the “Byzantine Generals Problem” or to minimize potential damage.

What is the Byzantine Generals Problem?

The Byzantine Generals Problem; It addresses the dilemma of generals who can only send news to each other by messenger, reaching a consensus in the attack or retreat.

You may be interested in: What Is Blockchain In The Simplest Expression, How Does It Work?

It’s okay if the generals agree on their moves, but major casualties can be inflicted if one or more of them fail to receive the message or betray orders even if they get the message. 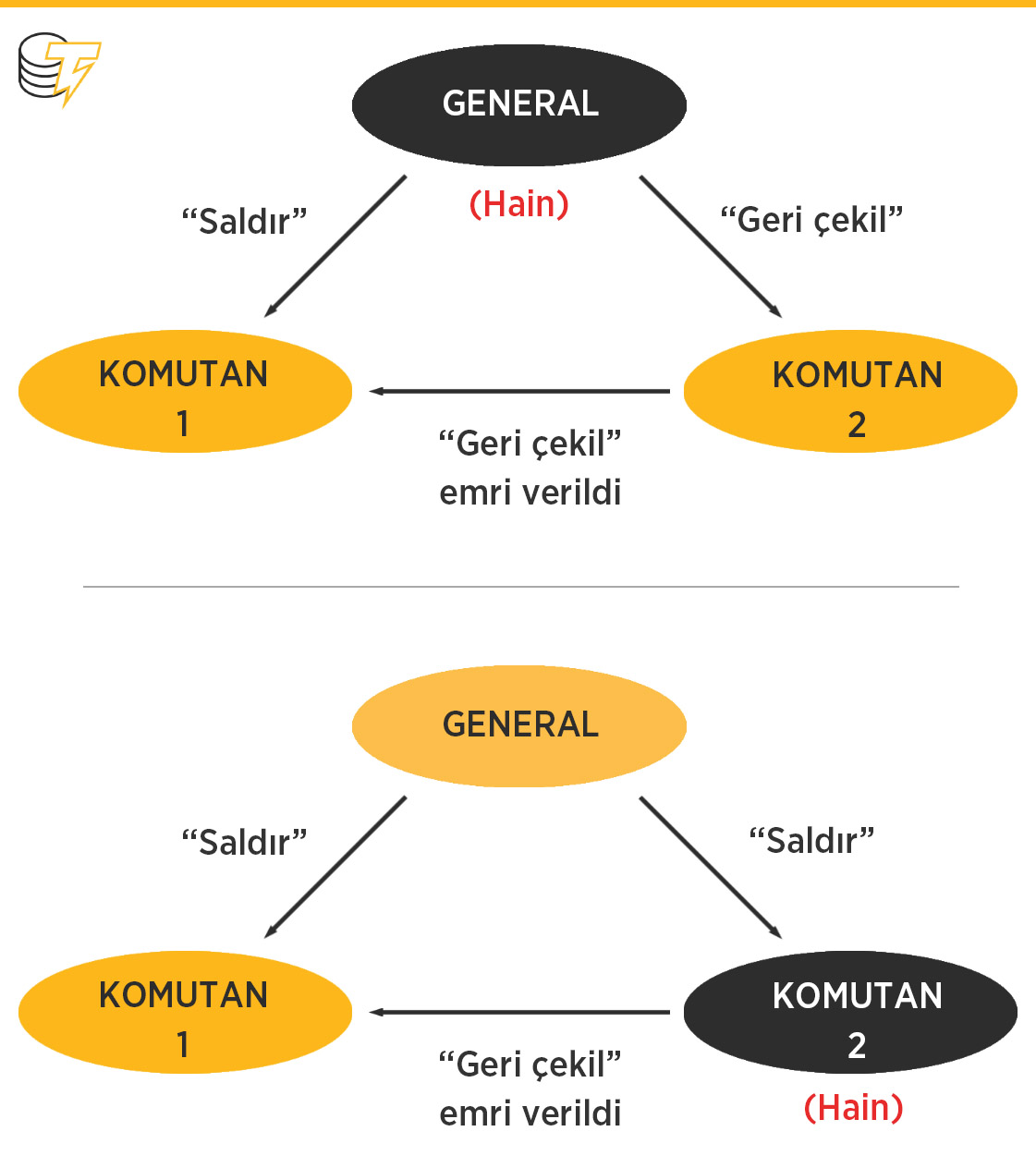 In this simplified example, the general is represented as the source of information. Commanders are transmitters. As the number of generals and commanders increases, the likelihood of erroneous information spreading will increase.

Since the only communication source is the messenger, it is unclear whether the sent information will not reach its destination, it will be captured by the enemy, and whether the recipient will obey the orders even if it reaches the right place.

You may be interested in: What is Zero Knowledge Proof?

In the published article, it was emphasized that two-thirds of the total number of people should be honest in order for a consensus to be formed. Byzantine Fault Tolerance will not be a problem as long as the number of traitors does not exceed one-third of the generals.

When we evaluate it over the blockchain structure, generals represent the nodes (nodes) in the network. Nodes in the network must reach consensus for the transaction to take place. Thus, verified data is transferred to the blocks.

BFT; It takes a neutral approach, considering that some nodes on the network may fail or be malicious. It does not assume that the data is absolutely true or false.

You may be interested in: What is the Average Cost of Dollar (DCA)?

In simpler terms, consensus is needed by the majority of network participants, given that incorrect or incomplete information may occur.

The general’s attack order to all three commanders is manipulated by Commander 3. According to this; Commander 1: “S, S”, Commander 2: “S, S, G”, Commander 3: “S, S” orders. Consensus is achieved when the two-thirds majority of the commanders are honest.

Proof of Work (PoW) and Proof of Stake (PoS) algorithms, which are most commonly used in blockchain networks, have been developed to overcome the problems mentioned above.

In the PoW consensus algorithm used in the Bitcoin (BTC) network, the data must be approved by the majority of the network to be included in the block. Malicious individuals who want to corrupt or manipulate data must own the majority of the network. Taking into account the astronomical hash power of the Bitcoin network, the cost required to accomplish this is far greater than the gain from the end of the transaction. Therefore, methods such as 51% Attack (51% Attack) are theoretically illogical. In other words, the Byzantine General Problem reaches a solution before it occurs.

You may be interested in: What is a Hash? How Does the Bitcoin SHA-256 Algorithm Work?

Apart from the blockchain industry, Byzantine Fault Tolerance is used in aviation, space research and nuclear power plant systems. This tolerance is taken into consideration in large projects in case the data cannot reach the recipient properly or the application is made incorrectly.

Share
Previous 4 altcoins to watch this week other than Bitcoin
Next Ethereum price exceeded 3 thousand dollars!