Polygon (MATIC) price has skyrocketed following the interest in second-tier (Layer 2) solutions. While the Ethereum network’s transition to the Proof of Stake (PoS) infrastructure continues, users who complain about high gas fees and transaction delays continue to turn to alternative solutions.

Layer 1 solutions such as Solana (SOL) and Cosmos (ATOM) are gaining in importance as they offer faster transactions and charge lower fees compared to the Ethereum network, according to data from Cointelegraph Markets and TradingView.

On the other hand, Polygon, which offers a solution as the second layer, has seen a sharp increase in the last 3 months. 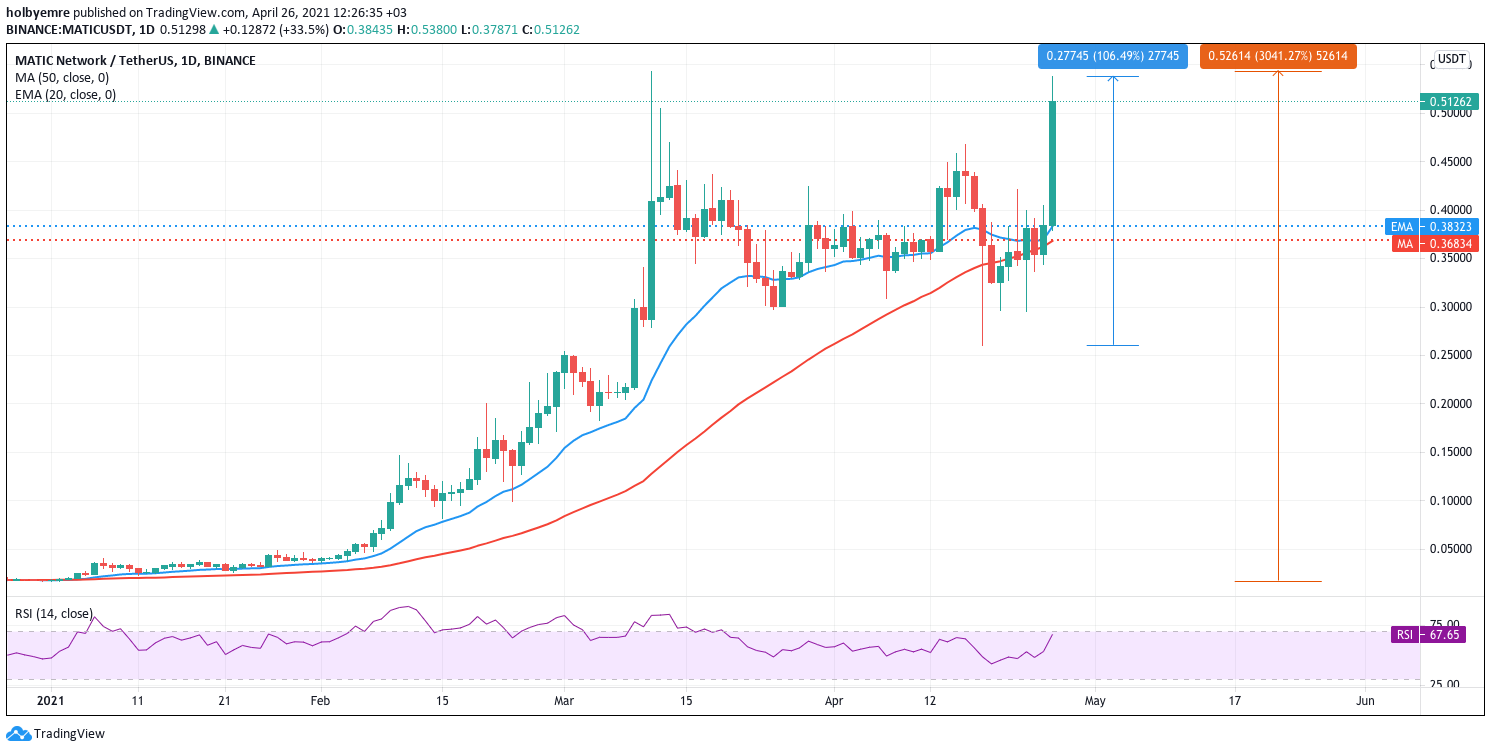 MATIC, which progressed almost flat until the end of April after rapid profit taking, entered the process of testing record levels once again as of April 26.

Looking at the recent movement of MATIC price, it turns out that it traded at the lowest $ 0.26055 on April 18. In the intervening eight days, the price has increased by a maximum of 106 percent.

Popular projects are moving to Polygon

Matic Network, one of the best second tier solutions for the Ethereum network, has seen a significant breakout since it announced it will rebrand as Polygon in early February.

Decentralized exchanges include projects such as SushiSwap (SUSHI) and Curve Finance (CRV), as well as OpenSea, Decentraland (MANA) and Aavegotchi (GHST).

Popular decentralized exchanges such as Uniswap and SushiSwap were strengthened by the growth of the DeFi industry last year.

As seen in the charts above, the liquidity and transaction volume in QuickSwap has increased rapidly since the end of February. This trend continued throughout the month of March. Over the past two weeks, there has been a noticeable increase in the platform. In this process, the prevalence of the Polygon protocol has increased noticeably.