While the rise in the price of Dogecoin (DOGE) is among the most talked about crypto Twitter, the wallet account that has accumulated a large amount of DOGE drew attention.

In the data shared by Bitinfocharts, it was observed that there were 36,711,935,369 DOGEs in the largest Dogecoin wallet.

You may be interested in: What is Dogecoin, where to buy it? How to invest in DOGE?

It seems that this wallet account held 28.42 percent of the total supply at the time of the news release. According to the account made at the current exchange rate, DOGE in the wallet corresponds to 14,121,714,905 dollars.

Half of all Dogecoins in 12 wallets

It was also shared in the data that 12 wallet addresses containing more than 1 million DOGEs were identified.

With the largest wallet account separate, the total amount in the 11 wallets is estimated at $ 9,967,408,822, which corresponds to 20 percent of the total supply. In other words, almost half of the entire Dogecoin supply (48.49 percent) is located at just 12 wallet addresses.

9680% increase since the beginning of the year!

As previously reported, Dogecoin price has increased exponentially since the beginning of the year. 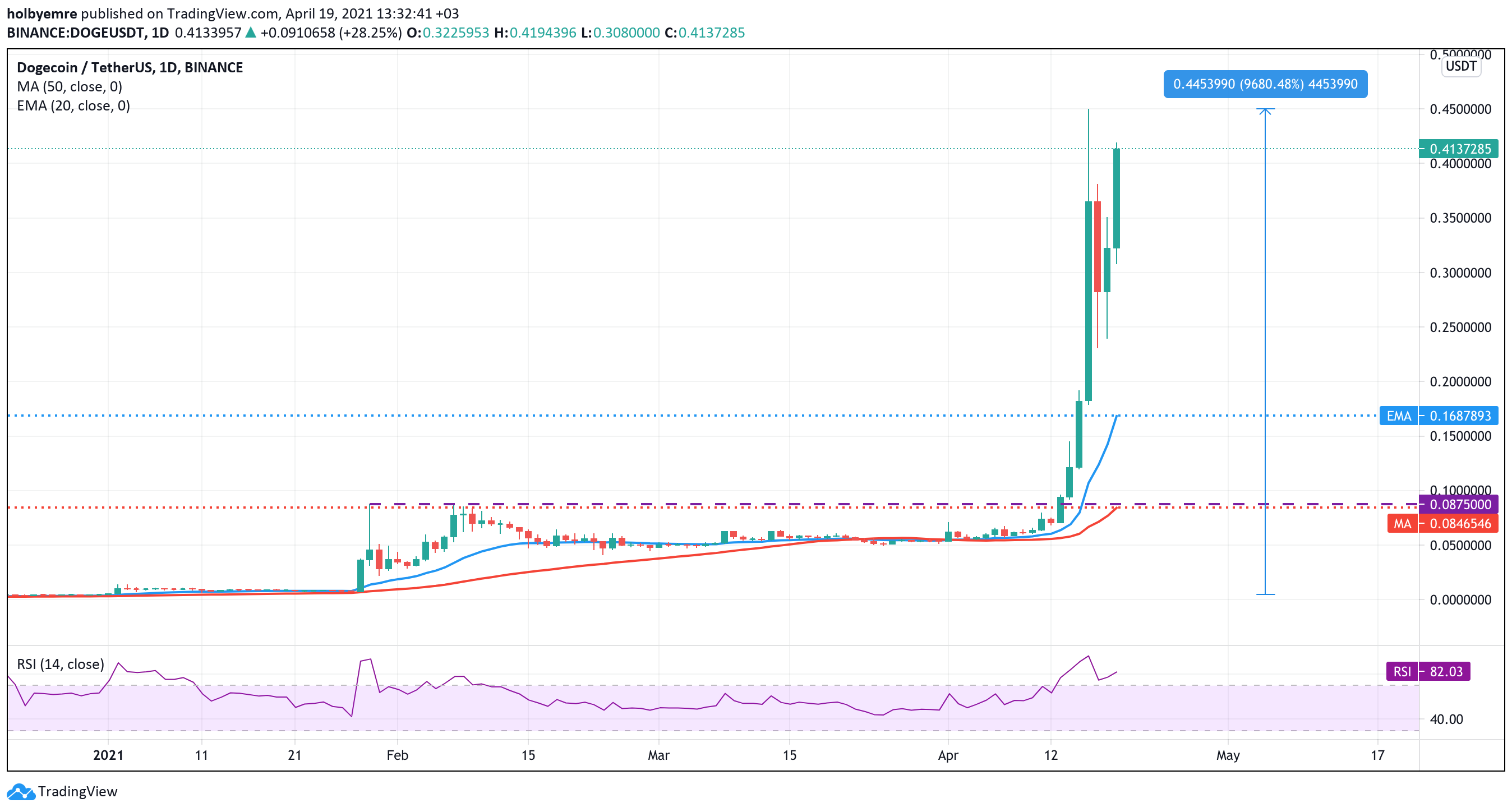 Share
Previous IOTA Will Have Its Own NFT Marketplace • Coinexc
Next What is Enjin Coin? How to get ENJ?