Dogecoin has risen among the top 5 cryptocurrencies!

Dogecoin (DOGE) continued to rise unabated on April 19. Dogecoin, which started an unprecedented rally on April 13, when it was watching at $ 0.07, rose 38 percent in the last 24 hours to $ 0.44 and broke a record, according to CoinMarketCap data.

With the recent rally, DOGE also caused changes in the list of the largest cryptocurrencies in terms of market value. Dogecoin, whose market value was up to $ 55.68 billion during the day, rose to 5th place on the list by replacing Tether (USDT) with a market value of $ 48.15 billion. 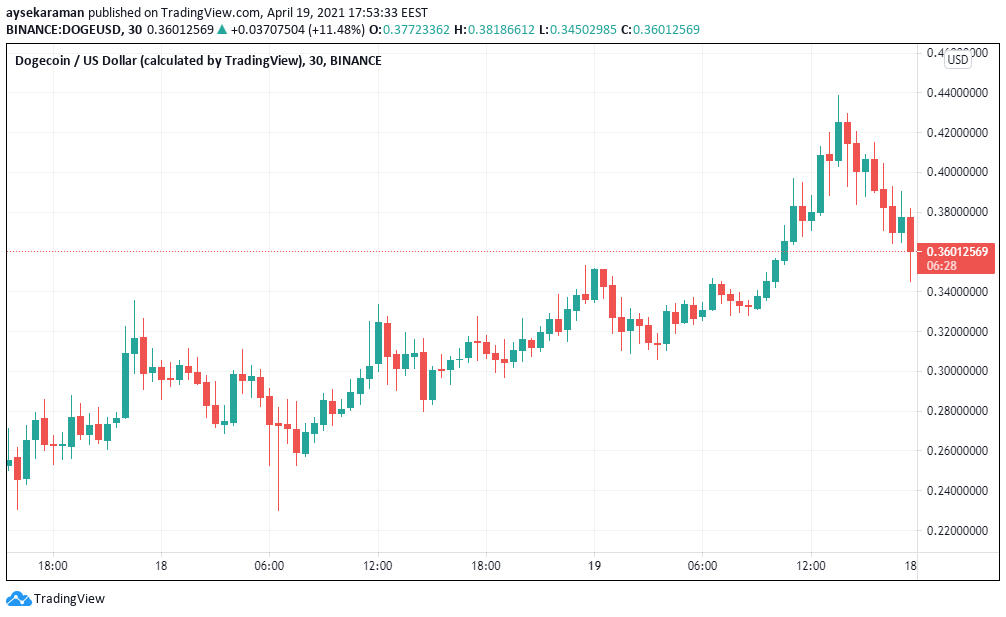 Dogecoin, which fell to $ 0.38 as of the time of the news release, currently appears in the 6th place on the list. Nevertheless, DOGE has still provided investors with an extraordinary 426 percent profit in the past 7 days.

Born as an internet joke, Dogecoin has dwarfed cryptocurrencies such as Bitcoin and Ether, generating 7.725 percent returns since the beginning of the year.

Tesla CEO Elon Musk is triggering a new rally by sharing frequently about crypto money. DOGE has also found support from famous names such as Snoop Dogg and Gene Simmons this year.