While the sales wave created by the pandemic again after the rally in global stock markets stood on the US and European side yesterday, it changed from the GOPs according to the fragility, and as such, the decline on the TL side continued, because there is no doubt that the pressure on the TL increased gradually after the developments in March.

Now, global sales have been around since the beginning of this week and were on the decline, but yesterday the stock market fell 4% on the day, while all indices were selling. While the loss at the beginning of the year was 31%, the earnings of the year fell below 2%. The two most important points are: The continuation of foreign outflow in the pressure in the bank, while the loss in the industry is that even the strongest shares are a general sale. This means that both domestic and foreign sales increase, with the overlap of public offerings on the domestic side, waiting for cash also has an effect, but this is not a sharp cause in itself, because the situation in the stock market shows that the interest in the stock market is decreasing.

CBRT President, Treasury and Finance Minister and then AK Party Economy Chairman Canikli made statements about 128 billion dollars, and President Erdoğan spoke yesterday. Although Erdogan’s statements contain statements about what was spent and where, if necessary, we continue to use reserves, his statement did not appeal to the already anxious markets. At this point, it can be said that the reserves are already for use, but the negative reserves except swap and the loss on the gross side have increased the concern that there is no significant ammunition left to be used when needed. There is dynamism on the foreign exchange side, but there is no similar dynamism in currencies of other developing countries. The situation in the exchange rate shows that the internal problems prevent the global risks in the situation in the stock market. On the other hand, even if it remains in the background, the unpleasant situation continues every day with the USA and Russia, and the geopolitical risk, which has always been in pricing for years, continues.

To sum up, the most important evidence of the difficulties is that TL assets are affected the most when the global climate deteriorates, and the further increase in the exchange rate means the deterioration in indicators, especially inflation, for the next month.

When we look at the pricing;

The negative outlook in the stock market will not recover immediately, because there is a situation in one despite strong foreign exits and big stocks in one.

Resistance of 8.35 was tested today and if this resistance is maintained, the acceleration of attacks in the pair may increase. That means new levels unfortunately, why? Because in March, the exchange rate rose from 7.20 to 8.46 and then remained at 8.0, which means it did not move far from the current record level. As such, every rise in the exchange rate means the closing of the scissors and then new levels. 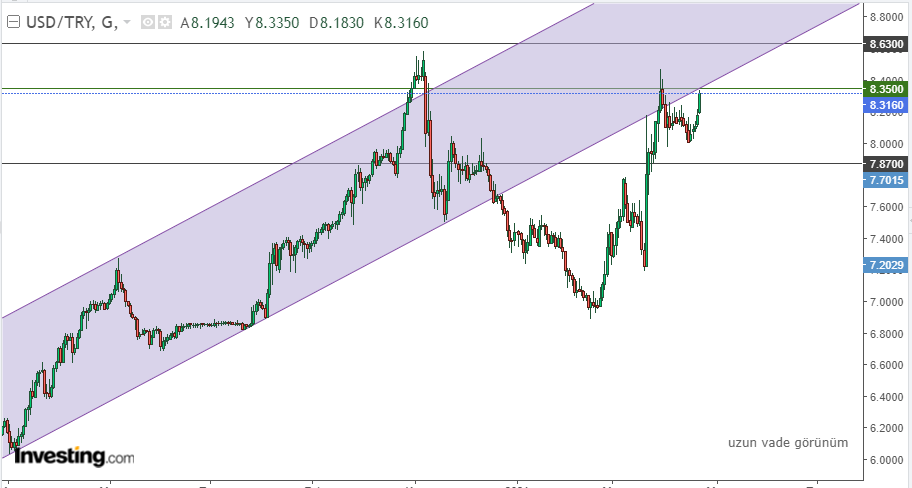 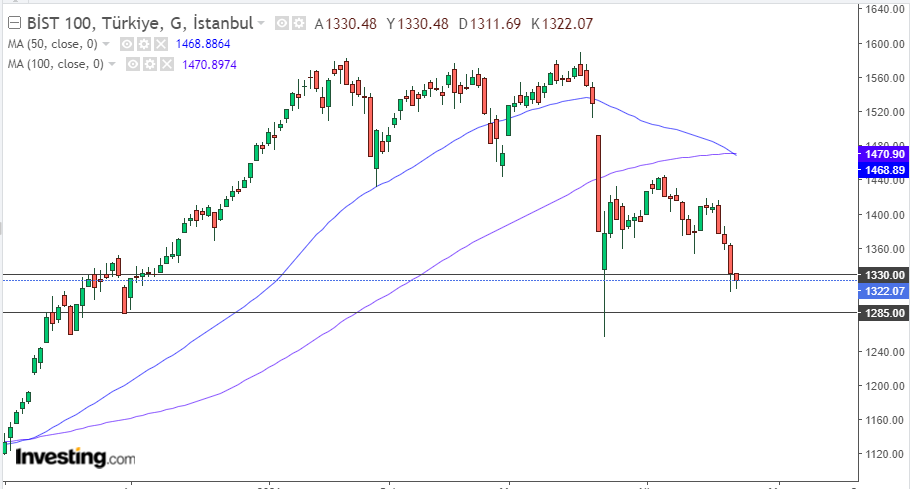 Share
Previous Powell’s speech, the Indian crisis, the Alibaba penalty, M&A at Microsoft – What’s happening in the markets? By Investing.com
Next World’s First Ethereum ETF In The Market