The Rise in Silver, Ounce and Gold is Accelerating

Global markets had a very good last week with the expected increase in the US, followed by a decline in the bond interest and dollar indicator, while the US stock markets saw new record levels, GOPs were in high demand last week.

In the first quarter of the year, pricing developed based on inflation expectations, and despite the Fed’s statements, the expectation of a rate hike before calculations raised the bonds to the top of a year, but the latest data showed that the rise in inflation is not at the feared pace, which supported the view that the Fed would not be in a hurry as it said. As such, the bonds declined by 20 points from the peak level during the year. Turkey’s share in the opportunity it provides to the GOP this fall still lower, while the reason for the uncertainty regarding the monetary policy.

With the number of cases in India reaching record levels and the increase in neighboring countries, capital inflow to this side is low, and capital inflows to countries such as Brazil and South Africa are slightly low due to the epidemic. In Russia, on the other hand, access to the Ukraine issue is limited because of US and UK pressure. The bonds have a limited entry to Turkey after the sale of mid-March, and yet still no revival feel. As can be seen, the support that countries receive from capital due to political, geopolitical and economic reasons is also changing. On the domestic side, foreign interest is already weak, while domestic interest is concentrated on reliable stocks and public offerings. In other words, the lack of a general purchase and the weakness prevent us from being too optimistic for the rise.

The developments in the last week have been positively reflected, and today it reached the peak of 7 weeks, approaching the level of $ 1,790. The ounce, which weakened in mid-January due to the effect of bonds, started to decline sharply as of February 24-25. Today, it reached its highest post-date level and its earnings in April approached 5%. The loss per year has also decreased to less than 6%. 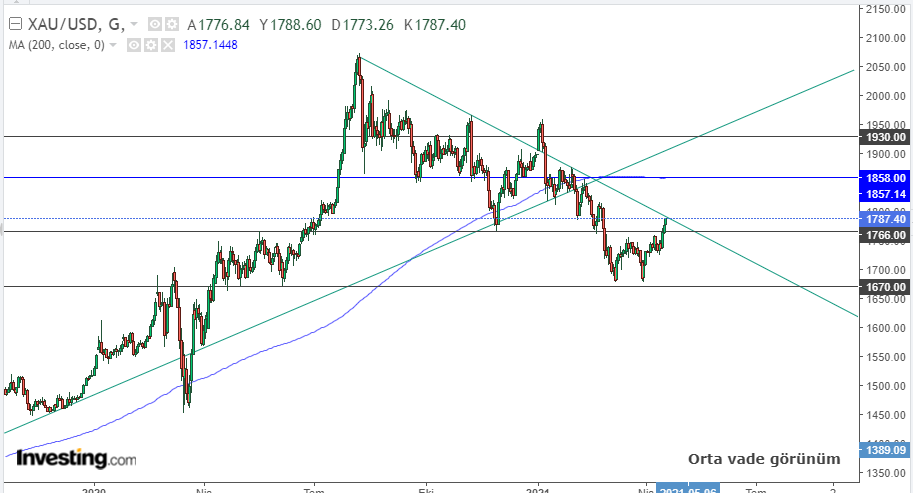 Remaining above 8,0, it kept above 450 TL and with the arrival of the ounce support, the price increased to 464 TL today and saw the highest level after January 5. In November, after a record decline, the price traded in the range of 460 TL – 470 TL for a period of time, exceeded 478 TL and then fell below 400 TL. First, we follow the intermediate resistance of 466 TL under the gram, which is supported by the dollar exchange and now the support of the ounce, and daily closings on this resistance can revive the 478 TL resistance, which we see as important as the region where purchases have accelerated. 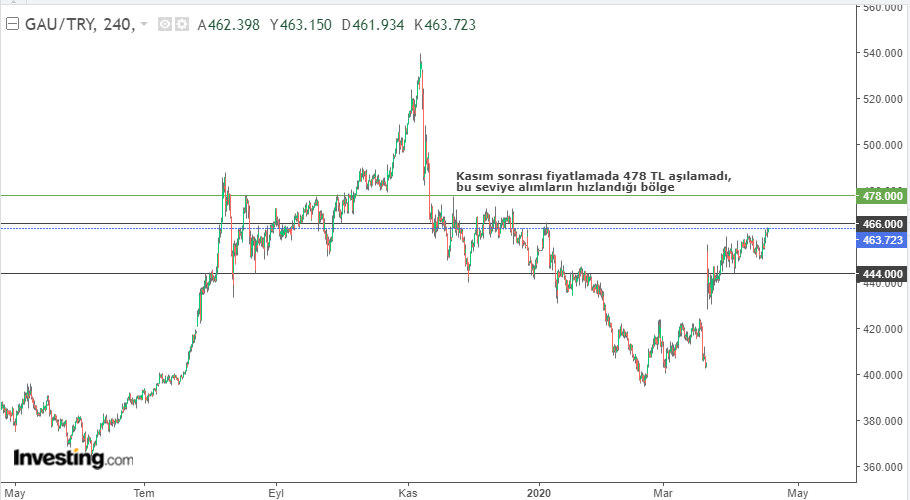 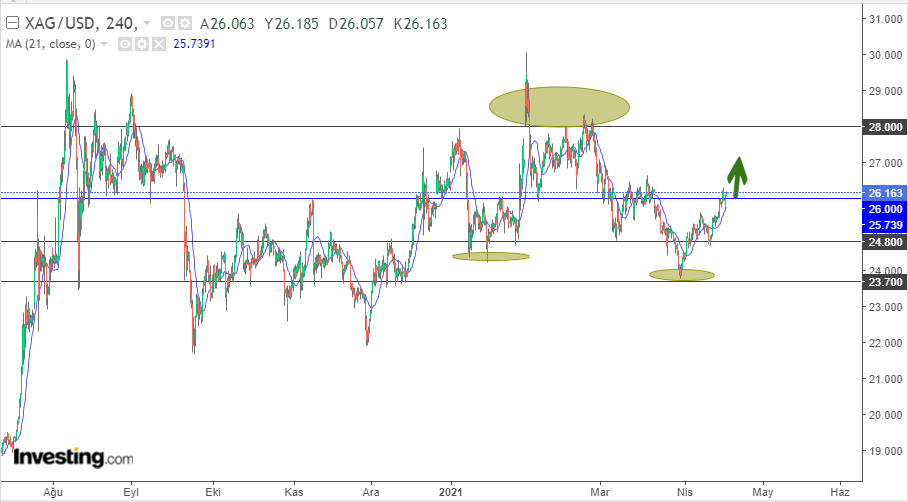 Share
Previous CPI rose in March, with economy reopening and stimulus support By Investing.com
Next Facebook May Launch Diem Stablecoin At The End Of 2021 • Coinexc