What to Expect From Tomorrow’s PPK Meeting?

In the first quarter of 2021, the most important headline in the pricing in global markets was the expectation that inflation would rise in the USA, which increased the 10-year bond interest to 1.77, moved towards the level of 93.0 and the risk appetite in the markets decreased. Fed Chairman Powell’s statements recently slowed down the pace in bonds a little and the rate fell below 1.70, yesterday, after the inflation data, both the bond and the dollar indicator declined, and the risk appetite was revived. In March, it increased to 2.6% with a monthly increase of 0.6%, and if we calculate that it was 1.7% in February, the rise is fine, but within expectations, this rate was not seen as a speed that would lead to an early interest rate increase. In addition, it is clear that the effect of financial support is high, that is, the possibility of an inflation expectation that increases more slowly than at a feared pace has strengthened. As such, the value of Powell’s and other Fed officials’ statements also increased, and the risk appetite reignited as the markets breathed.

This month’s meeting will be a meeting where the text of the decision will be followed, and the inclusion of the statements from the Agbal period in the text will have a significant and positive effect for the firm stance message. For the markets that are still worried about monetary policy, although the interest rate has not been cut, the change in the hawkish expressions in the text will definitely have a negative effect. Because this move means that the ground for interest rate cuts is prepared for the upcoming meetings. In this meeting, we expect the center to act in line with the previous period and a retreat to the level of 7.80 may be experienced on the exchange side with an expected one, but more TL positive development is needed to ensure that the decrease is not short-term and limited. Keeping the 7.87 level on a weekly basis indicates that the uptrend is also strong. 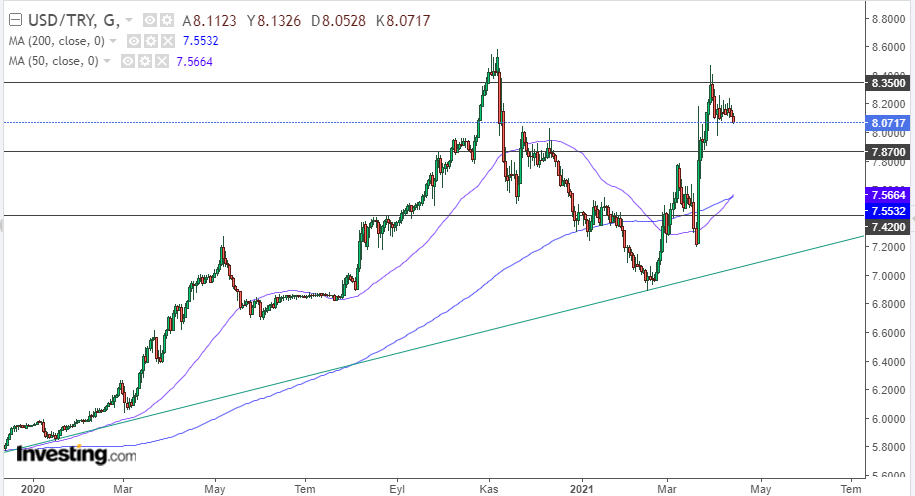 The decline experienced with the acquisition of restrictions on the stock market side has taken its place, and the most striking movement of today is experienced on the side. The daily increase in the index exceeded 3%, which is a good development, but the fact that the price is at the bottom of recent months and foreign participation is not at the desired level indicates that there is a longer path in the index. 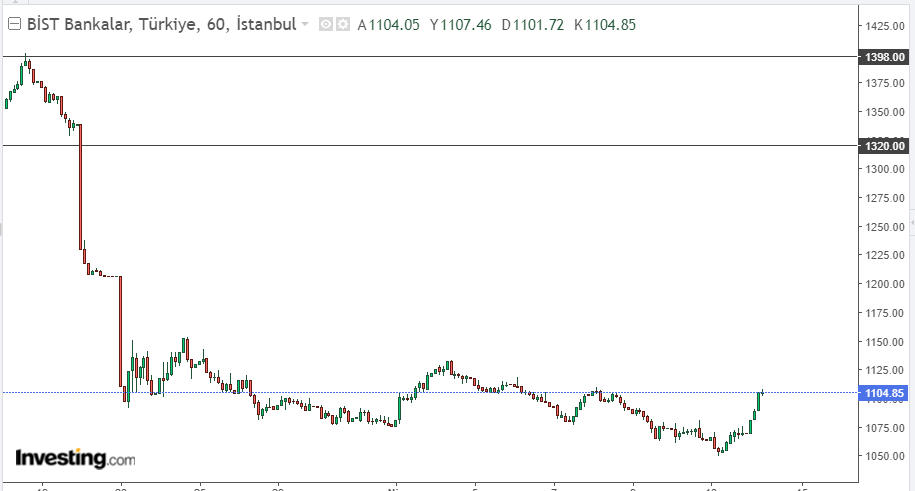 Keeping the price between 1.430 and 1.470 points for a while may keep purchases going, today’s recovery is good. However, as we always say, the stocks that raise the index are limited, which causes the increases to be preserved. Therefore, even if records continue to be seen on the rise, the underlying problem is making the stock market weak. 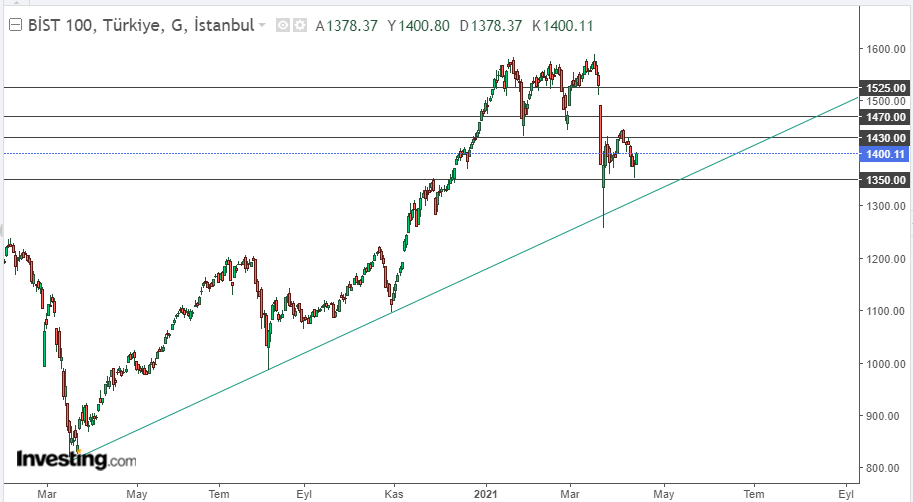