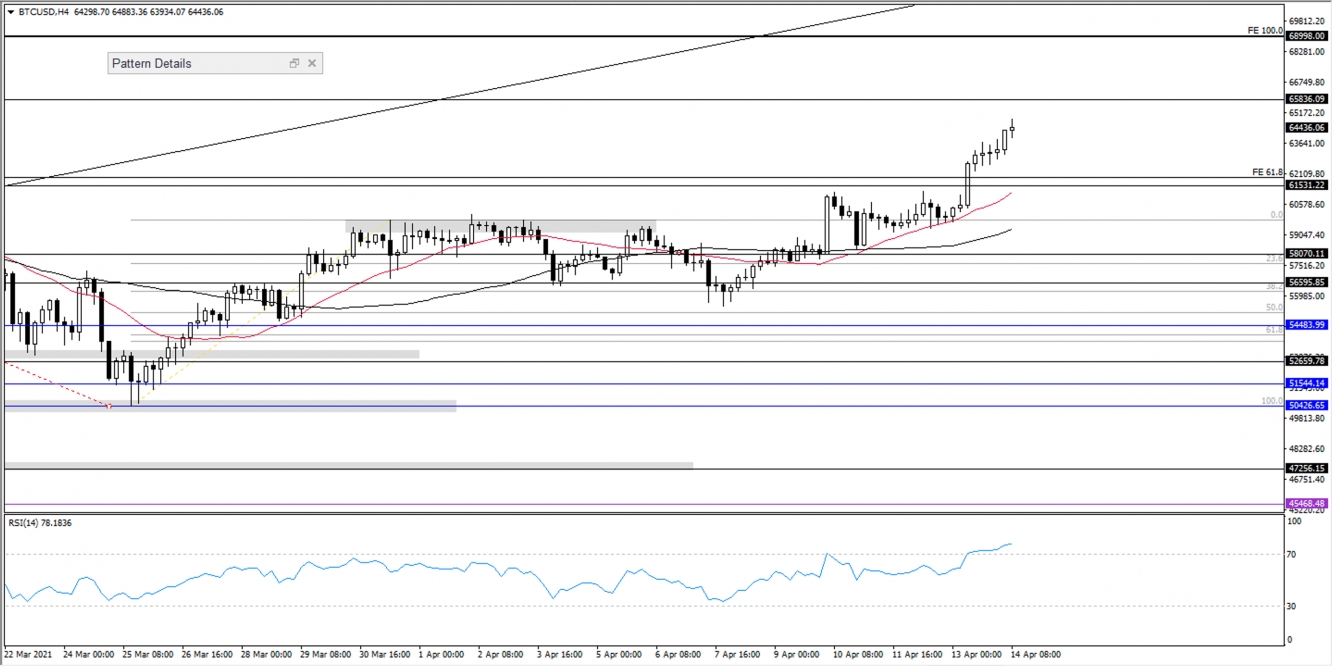 Bitcoin rose to the 64,000 level the other day, refreshing its historical peak. The bullish momentum is still in place, but the negative momentum mismatch on the 1H charts indicates a short term retracement. Supports 64.450 – 62.600 and 61.500 below are waiting to be tested. On the upside, Fibonacci resistances await at the levels of 65,000 – 65830 and 68900, respectively.

There is also a positive correlation with Bitcoin on the Ethereum charts. The price recently broke the 2150 high, rallied up to 2400 resistance and refreshed its historic high. In the short term, the Fibonacci target at the 2530 level is awaiting after the 2400 peak on the upward direction. Short term pullback movement is expected in these charts. Possible support zones are located downstream in the 2240 – 2180 and 2140 zones, respectively. In the short term, sellers appear to be dominant, in the medium term buyers.

The decline of the dollar index on the EURUSD charts increased the upward momentum. In the past day, the price rose as high as 1.1955 after breaking historical resistance at 1.1917. In the short term, the price is expected to rise as high as 1.1985 after testing 1.1955 as support. Above this level, 1,2000 psychological resistance awaits. On the downside, the 4H candlestick close below 1.1955 may pull price back to 1.1935 trend support.

The recent painful pullback in the Bitcoin (BTC) market had brought the price below $40,000 …