Dutch official calls for a complete ban of Bitcoin

Bitcoin crashed – In the process of accumulation of dollars, gold found its way

Bitcoin (BTC) managed to maintain its upward momentum that it caught over the weekend, also during the week. The crypto money, which started the week at over $ 60,000, refreshed the record by surpassing the $ 61,683 seen on March 13 in the early hours of Tuesday and rose to $ 62,500.

With this rise, Bitcoin broke a historical record in TL parity. BTC, which saw 500 thousand TL for the first time in history, rose up to 510 thousand TL during the day. 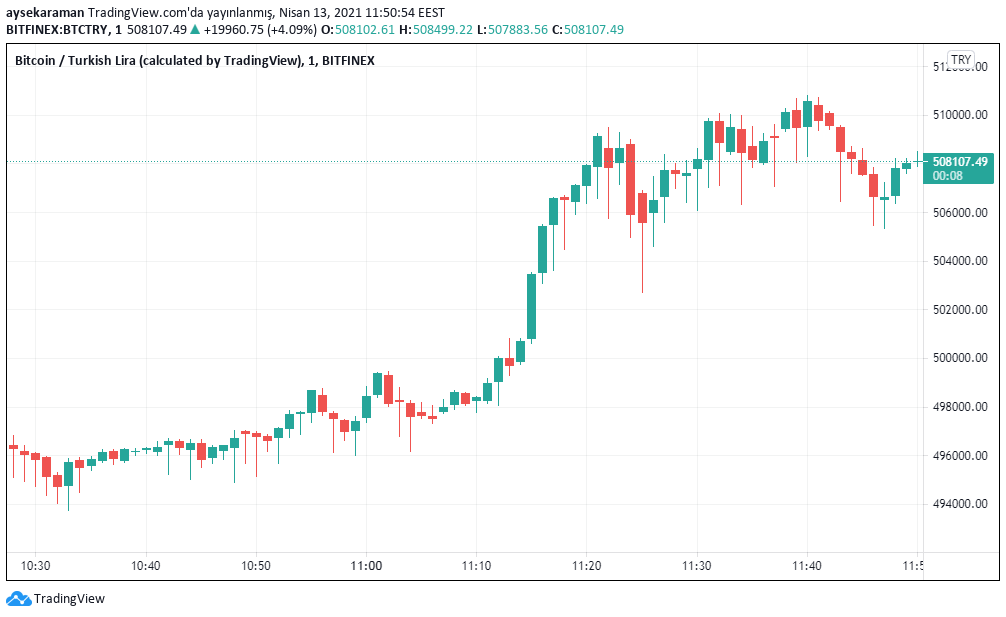 Bitcoin, which saw $ 58,300 in the last week of February, was consolidating in a narrowing range for more than 50 days. Due to the narrowing of the range, BTC was expected to experience a breakout in the near future, and this break was predicted to be on the upside as this consolidation was above the peak price.

With the start of a new rally in BTC price, the altcoin market, which has seen a serious rise in recent weeks, is expected to slow down, at least until BTC is reconsolidated. It is thought that listing Coinbase on the stock market on Wednesday could also increase volatility in the market.

The strong performance of BTC is increasing the price expectations of the community. Real Vision CEO Raoul Pal claimed during a recent interview that the BTC price could see $ 1 million in the current bull market.

BTC / TRY is traded at TL 509 thousand as of the time of the news broadcast.