On the ounce gold side, the upward momentum gained strength after the statement of Fed Chairman Powell. The price started a short-term retracement wave after testing the 1758 resistance during the day. 1744 support is currently being tested. On the downside, there is a playground up to 1738 and 1733 levels. The critical region above is the 1758 resistance. This region is considered as the neckline of the double bottom formation that occurred at the 1677 bottom level in the high time period. So the break of 1758 and its affirmation as support could be the beginning of a medium term bullish wave. The target zone of the formation marks an increase up to the level of 1830. With the dollar index rejected from the resistance during the day, the buying momentum on the ounce side can be expected to rise again. 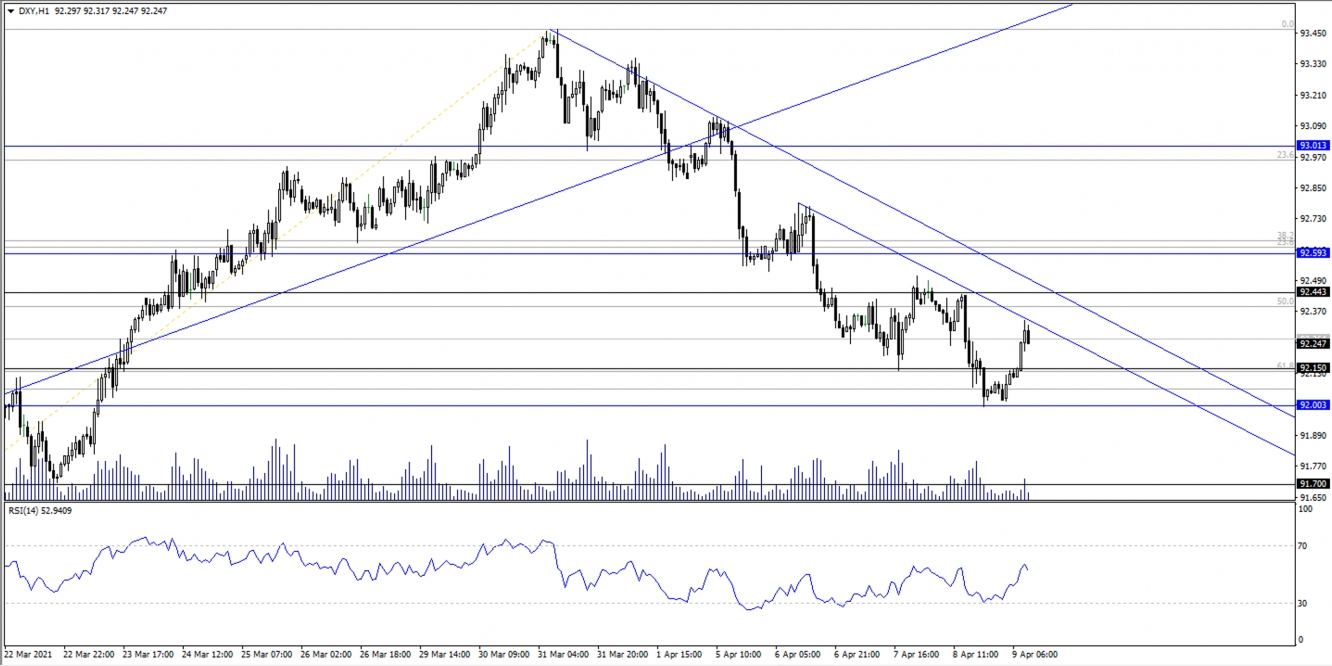 The withdrawal wave in the dollar index that has been occurring since the beginning of April continues. With the positive momentum mismatch on the 1-hour charts, the price rose from the 92.00 support to 92.250. Its price awaits resistance at 92,330 in the short term and a falling trend resistance at 92,440 above it. These two levels must be broken for the upward momentum to rise. On the downside, short-term supports are waiting to be tested at 92,230, 92,180 and 92,150. Below these levels, the last bottom support is 92,000. After a short-term rise during the day, the selling pressure is expected to increase again. 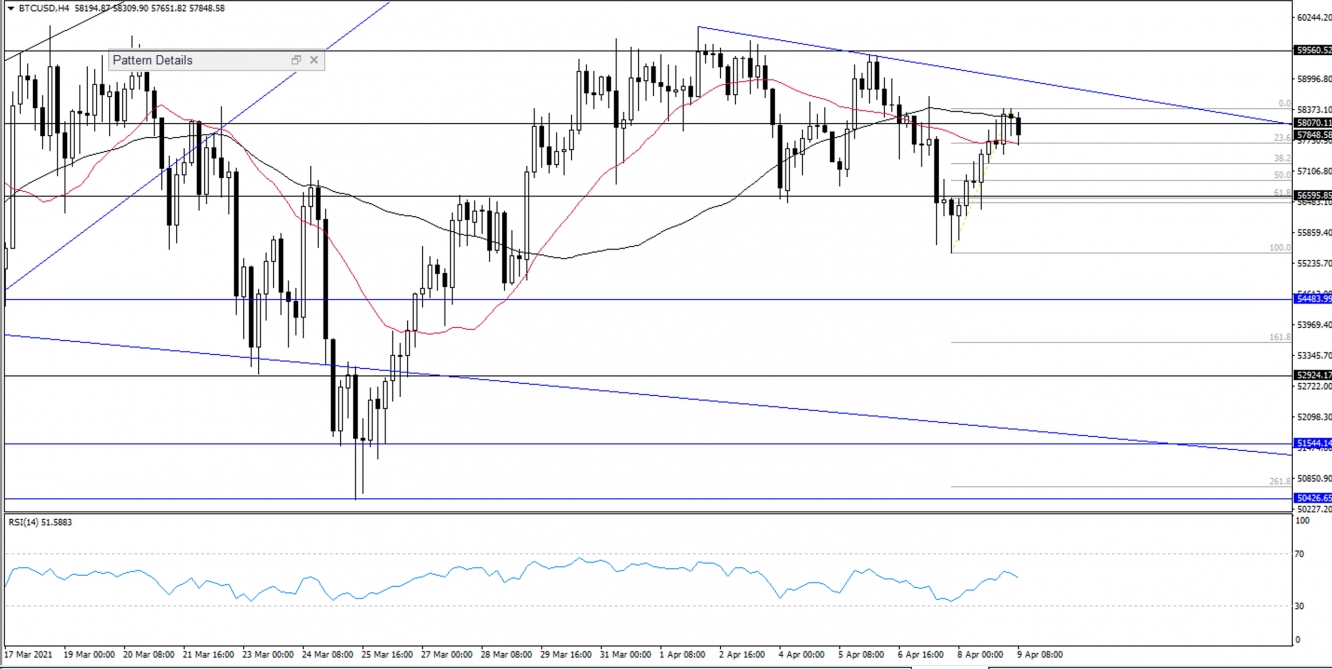 In the BTCUSD charts, which have been stable during the consolidation period since it tested the $ 60,000 level in early April, the price gained a short-term upward momentum after setting a new low to the 55,000 level. In the last 8 hours, 4H-55EMA resistance was rejected from the 58.500 region resistance, but the resistance test continues. There is a possibility that the price will gain upward momentum after retracting to 57,500 in the low timeframe. On the upside, the 4H candlestick above 58,500 may give momentum to the bulls again. Historical resistance awaits above at 59,500 and 60,000 levels, respectively. On the downside, there is a playground below the 57,000 level up to 56,590 and 55,250 levels.