Turkey’s crude steel production in January 2021 compared to the same month of 2020 increased 12.7% to authors idealdat 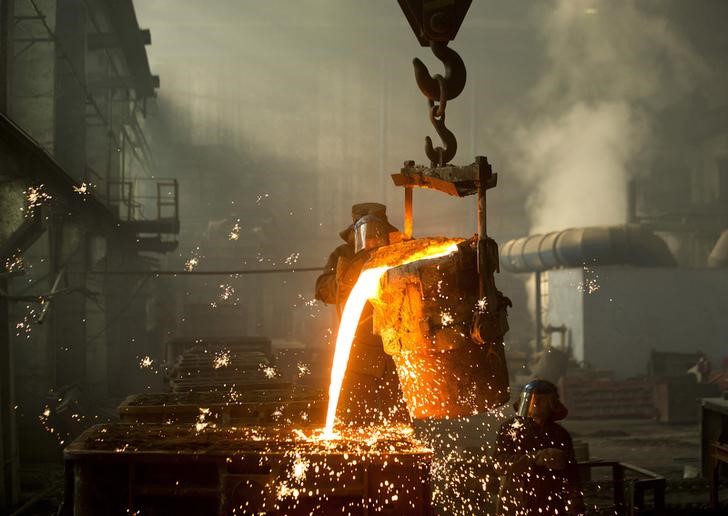 In 2020 35.8 million tons by performing the world’s seventh largest steel producer in Europe is Turkey, also in January 2021, has maintained its position.

Due to the product insufficiency caused by the rapid increase in demand in the international market and the priority of our steel producers to the domestic market, January imports decreased by 14.3% in terms of quantity to 1.2 million tons, with an increase of 12.2% in value compared to the same month of 2020. occurred at the dollar level.

According to the January 2021 data announced by the World Steel Association (worldsteel), world crude steel production increased by 4.8% compared to the same month of 2020 and reached 163 million tons.

In addition, the safeguards encountered in foreign markets and the signs of China’s return to the world steel markets show that the obstacles to our exports in 2021 continue to increase. Meanwhile, the decline in our exports to the EU, our largest export market, continues. Our exports to the EU, which decreased by around 40% in 2020, decreased by 36.6% in January. The EU commission’s investigation into the continuation of the protection practice, which will expire in July, reinforces our concerns that the EU may continue its protectionist approach. There is no justification for the decisions of the EU to prevent our steel exports. These unfair practices, which mean the violation of the Free Trade Agreement between us, need to be fully reacted and the import tendency in the domestic market to be taken under control.

In order to increase the import coverage ratio of exports, which declined to 85.9% with a decline of 11.4 basis points in January, to be over 100% again, it is necessary to direct domestic steel consumption to domestic supplies due to the fact that our exports cannot be increased due to protective practices. .

Share
Previous Morgan Stanley announced that it will offer the opportunity to invest in Bitcoin!
Next FED’s Monetary and Regulatory Policies Confuse Purpose