Nayib Bukele Is Not the Bitcoin Hero We Need

Hulu Targets `Streamers of Tomorrow’ as It Seeks Candidates With Metaverse, NFT Backgrounds 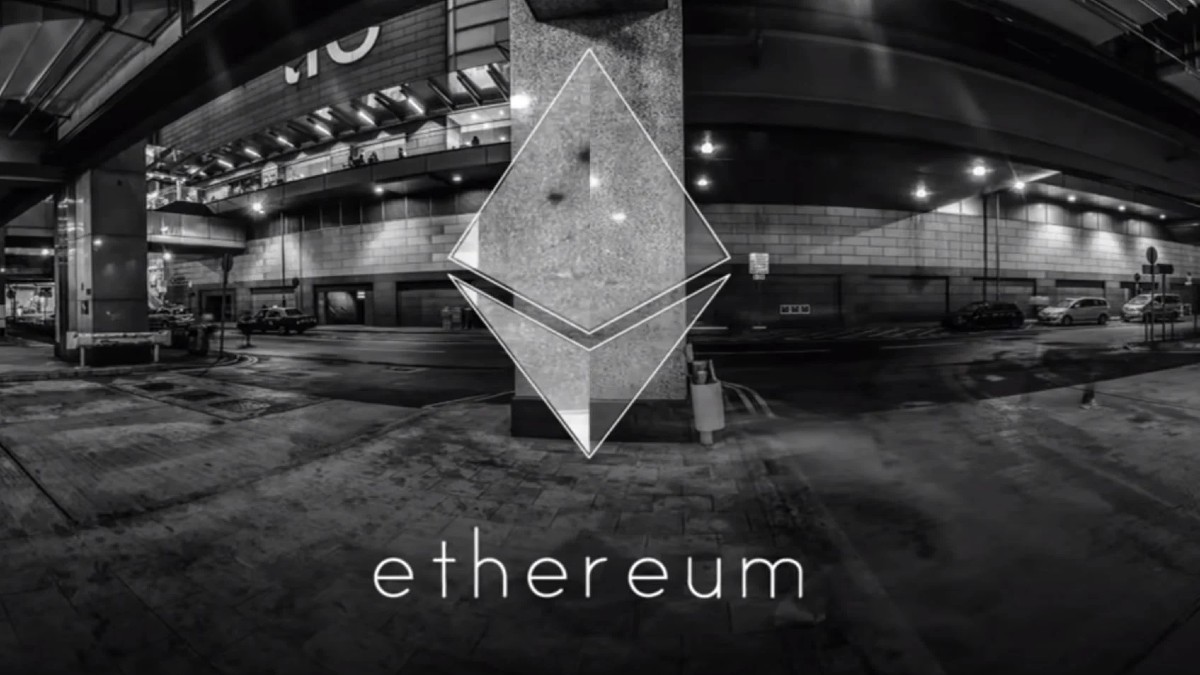 Ethereum (ETH) The relentless struggle between its miners and developers seems to have accelerated the transition to ETH 2.0.

Mikhail Kalinin, one of the Ethereum developers, shared what the future of Eth2 includes in a post he shared on Twitter. Explaining the changes to be made in the current Ethereum network and expressing how to combine ETH 1.0 and ETH 2.0, Kalinin shared the steps of the transition to the PoS consensus mechanism. 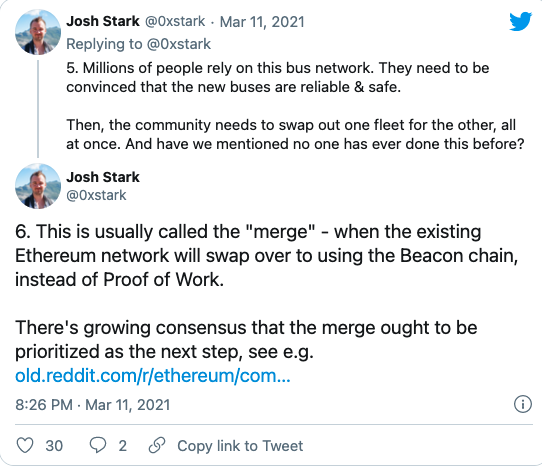 Especially when the tension between Ethereum miners and developers is increasing, an explanation from an Ethereum developer about how to make this transition has led to the situation being understood as a bit of a threat. While Ethereum miners oppose the implementation of EIP-1559, it is emphasized that it is currently unanimously accepted and will be implemented in July.

The Consensus Structure of the ETH Network is Changing

Ethereum’s current transaction fee mechanism will also change with it. Some of the income miners earn from transaction fees will be used to buy ETH from the market. It is claimed that 1559 could reduce miners’ income by up to 50%. This has led some Ethereum miners to object, even if they are not the majority. Ethereum developers share the steps of transitioning to the PoS network, which is a clear threat to miners.

The Ethereum network is currently working on the Proof-of-Work model. This means that miners approve transactions and are mining. However, when the Proof-of-Stake (proof of existence) model is switched, there will be no need for miners in any way. The update, known as the difficulty bomb in the Ethereum network, will increase the mining difficulty on the network to a record level and mining will be terminated. This means that miners’ transaction fee income will at least be completely exhausted in the old way.

Ethereum Price Did Not Respond To Uncertainty

Ethereum miners will take a threatening step to protest this on April 1. As this tension climbs ETH price has also declined by 1.2% in the past 24 hours. As April 1 approaches and the miners do not back down, the tension can be expected to increase further.

Ethereum co-founder Vitalik Buterin, on the other hand, gave a similar message in a post published today, emphasizing that the transition to PoS could be accelerated. If ETH 2.0 is prepared faster than expected, it may affect the price positively.

Share
Previous Highlights of the Day: Domestic Reform Package, US Bond Interest Rate On The Global Side
Next Atari to Include NFTs in Metaverse Project • Coinexc

Non-fungible tokens of Crocs “footwear, clothing, bags, accessories and charms for decorating” them would all …