Bitcoin (BTC) started a rapid rally after surpassing $ 20,000 for the first time in history on December 16, 2020, and broke a record after record. However, an altcoin surpassed even Bitcoin, which went up to $ 58,000 in popularity.

Crypto news and analysis provider ICO Analytics, In his post dated March 3 He announced that Dogecoin was the most talked about cryptocurrency on Twitter in February 2021. Among the shipments related to cryptocurrencies, the biggest share was DOGE with 10.4 percent and it surpassed Bitcoin, which is generally at the top of the list.

Among the most discussed cryptocurrencies, Dogecoin is followed by Bitcoin with 10.1 percent, Ether (ETH) with 8.9 percent, and Cardano (ADA) and XRP with 3.8 percent. 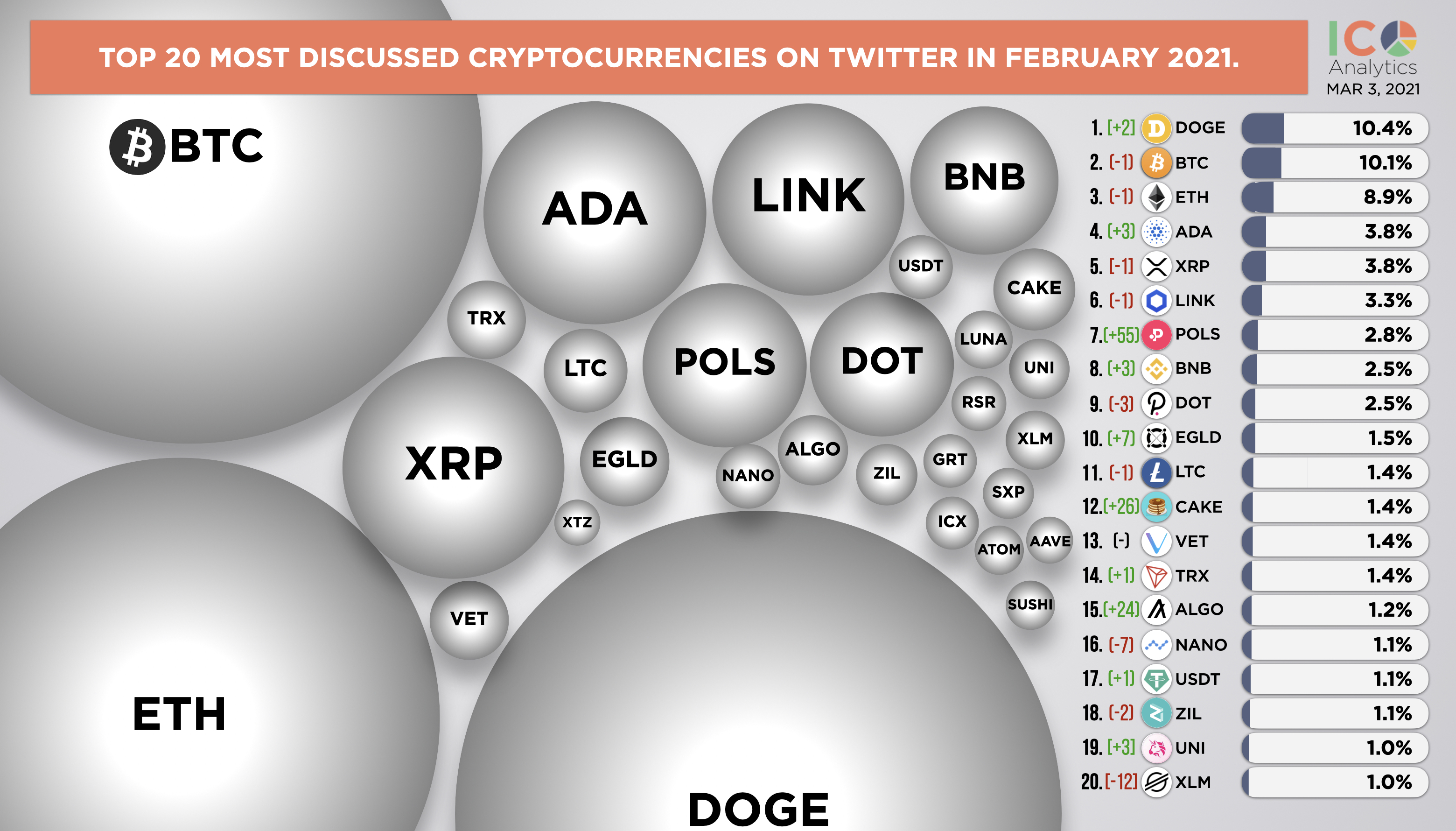 Most talked about cryptocurrencies on Twitter in February 2021. Source: ICO Analytics/Twitter

Dogecoin, the second richest man in the world, is experiencing frequent booms thanks to Tesla CEO Elon Musk. Musk, who has long been sharing about crypto money born as an internet joke, can trigger DOGE’s jump by 25 percent with just one post. Tesla CEO announced on February 11 that he also purchased Dogecoin for his 9-month-old son.

Related: What is Dogecoin, where to buy it? How to invest in DOGE?

Reddit users, who came to the agenda with the GameStop scandal after Elon Musk, also turned to Dogecoin and triggered the crypto money to skyrocket 85 percent to $ 0.087 on January 28.

Dogecoin has been on the agenda ever since. Famous names such as Snoop Dogg and Gene Simmons also announced that they invested in Dogecoin. Billionaire investor Mark Cuban, one of these names, stated:

“DOGE gives a greater chance of winning than a lottery ticket and teaches crypto assets with a supply-demand economy. “I love this cryptocurrency because it is a low-cost economic teaching tool and it also entertains.”

Share
Previous Bitcoin correction put oil on whales’ bread: They took BTC from the bottom!
Next The number of Ethereum DeFi active users crashed by 40 percent in a month!