The expectation that inflation will increase in the USA, which started to price in January but increased even more in February, also increased the sales in global markets. Although Fed Chairman Powell said that we will not change the policy immediately, we will be patient in the possible rise in this process, high inflation pricing in the markets has gradually increased. The rise in bond interest has also accelerated in the last month.

In his speech yesterday, Fed Chairman Powell said that they do not expect a permanent tightening in inflation, so there will not be a fast tightening, Powell actually explained the roadmap to be followed quite clearly, but the markets were not convinced and despite the rise in bond yields, the slower moving, the 91.70 level. surpassed it and reached the highest level after December 1. We have stated that we expect the movement of 92.0 and above in the index to increase the dollar pressure in the parities, and the movement has increased with the move towards this level. Of course, the biggest decrease is in the currencies of the developing countries, while the loss of those with high risk is also the highest in this group. At this point, the pesos, wone, and lira are the most vulnerable currencies this week with the highest decline.

While I stated that I see the level of 6.80 as important in the decrease in the exchange rate I drew attention to two points:

First In other words, although the risk appetite in global markets continues to increase, the risks in the TL will have to decrease for this level below.

Latter On the other hand, I expected a stabilization in the currency levels after both 6.80 and 7.25 movements. At this point, I was considering the fact that I did not have an important pricing that would disrupt the positive atmosphere in the last months. However, inflation pricing in February became more pronounced in March and neither Powell’s nor the ECB officials’ statements could change the expectations in the markets. As such, dollar pressure increased in pricing.

*By the way, I see it useful to explain, as every increase in the dollar exchange rate decreases our buying day, of course, I would like a decrease in the exchange rate, but wish is different. Therefore, I do not use expressions such as ‘coming here, going down to this level or going up’ in any of my analysis. I only point out to our dear readers the significant levels and developments that will affect the movement towards these levels.

The pair over the 7.25 last week has also passed 7.50 this week, and the weekly close above 7.42 is strengthening the intermediate resistance 7.66. I have always stated that I find the exchange rate very critical in both pre-record and post-record pricing, and if the current increase exceeds 7.87, the rate hike, which I see more likely in April, may come in March. Unfortunately, the volatility in the exchange rate may continue, as the high closing this week will also increase the interest pricing in the new week. If the inflation pricing on the global side calms down and volatility decreases, I still see the 7.20 levels as the equilibrium zone in the retracements of the currency.

Continuing to depreciate with the recovery of the dollar in global markets, it fell to $ 1,687 today. I have stated that under the $ 1,766 support there is no strong level up to the $ 1,670 support, so the decline could accelerate. With today’s drop, the price dropped to the lowest level after June 8th and the $ 1,670 support could be tested. This support is extremely important in terms of extending the short term decrease to the medium term. At this point, we will be following the weekly closures.

Despite the ounce pressure, the pressure may continue below 425 TL on the side that maintains the support of 408 TL with the movement in the dollar exchange rate. 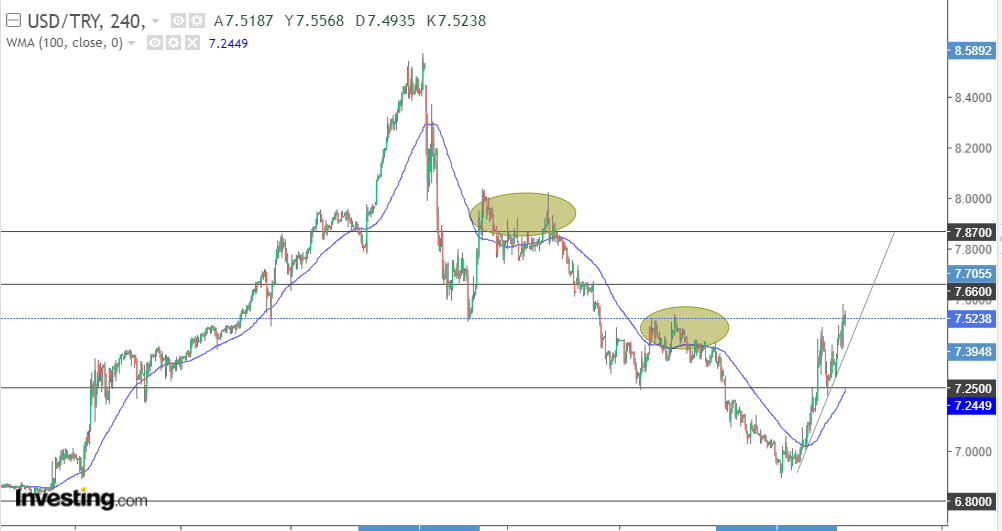 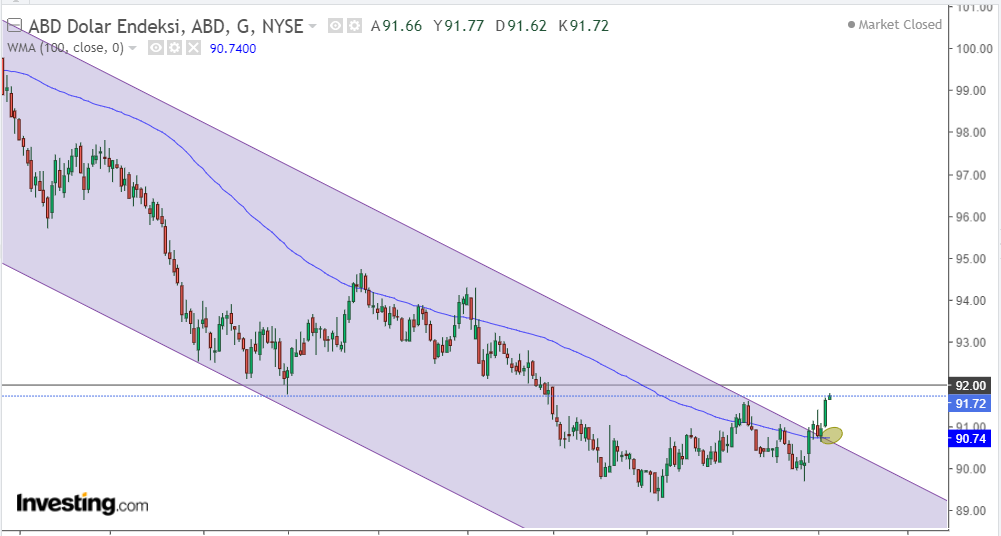