It’s time for EIP-1559 for the Ethereum community! 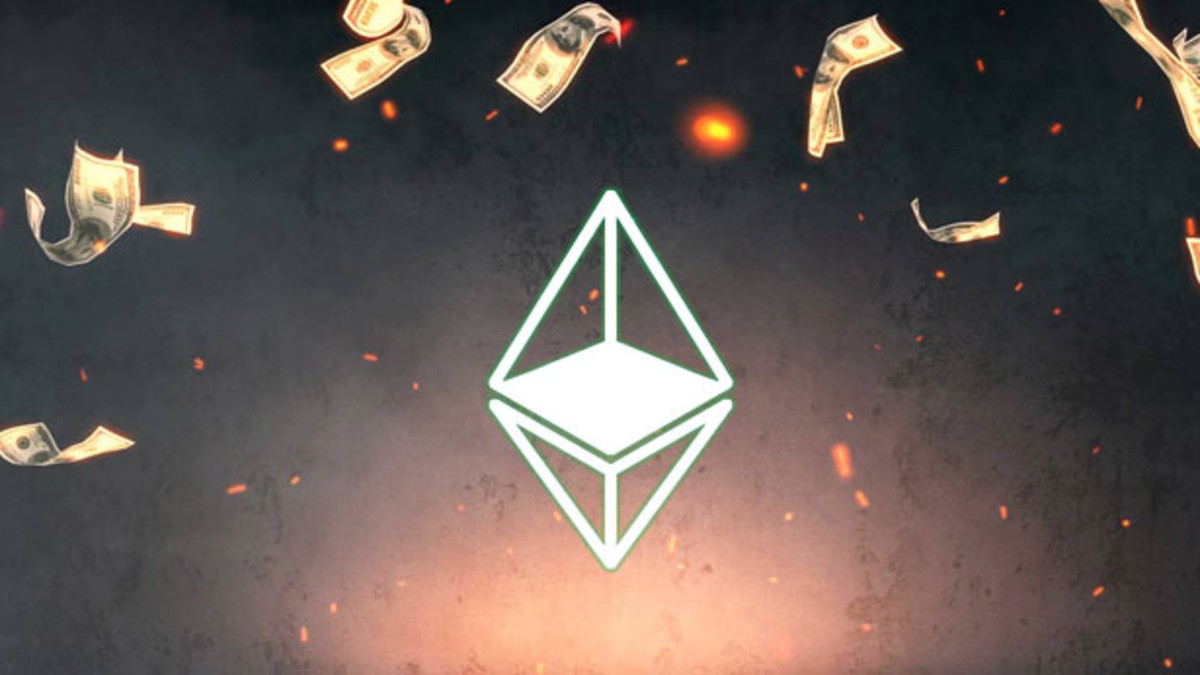 Ethereum (ETH) The positive news one after another after a sharp decline in Turkey managed to get the price to react. The second largest cryptocurrency in terms of total market capitalization gave its competitors a significant market share due to the scalability problem it faced.

Polkadot, Cardano, EOS, Binance Coin and many more so called Ethereum competitors, the project took advantage of the recent decline of Ethereum. Record transaction fees in the Ethereum network soon led to the migration of projects that built the DeFi ecosystem.

Binance Coin breaking a record, ADA being the third largest cryptocurrency and Polkadot rising 15 times in a short time are seen as related developments. But a big relief in the transaction fees on the Ethereum network and At ETH price The EIP-1559, which will create significant pressure, may be over.

Looking at the statement published by the Ethereum Foundation, it seems that the developers will meet on March 5, 2021. As can be expected, the first article of the meeting regarding the London update was EIP-1559. What makes the Ethereum development protocol so important is the features it contains.

With the EIP-1559, part of the miners’ income will be used to buy ETH from the market and burn them. This could both escalate the war between miners and lower transaction fee records, as well as lower the amount of ETH in the market. 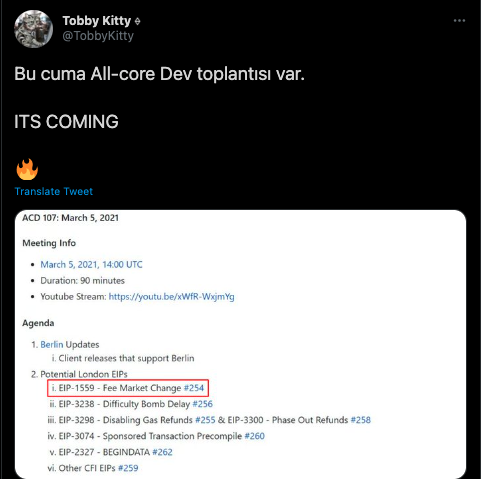 How will the ETH price be affected by this?

This development, which is also highlighted by Tobby Kitty, is definitely seen as positive for the ETH price. At the Ethereum developers meeting held recently, July 2021 was pointed out for EIP-1559. EIP-1559 is expected to be implemented with the London hard fork.

Important statements can be made in favor of ETH at the meeting to be held on Friday. It is reported that 55% of the miners have already reached their approval for EIP-1559. Previously, the majority of miners opposed this and the update was not available. Now that everything turns in favor of the EIP-1559 could lead to significant changes in this situation.

Tim Beiko said in a statement on the subject that miners would lose approximately 20% to 35% of their income at most, and not 50%. In fact, the miners may not be losing much, as this will reflect positively on the ETH price.

Share
Previous How To Use A Covered Call Option To Protect The Recent Gains Of Carnival Cruise Stock?
Next Ripple’s (XRP) Analyst Awaiting a Major Rally Predicts a Major Bitcoin (BTC) and Altcoin Correction Ahead • Coinexc

Ethereum transaction costs, colloquially referred to as “gas fees,” have long been a pain point …