Ounce of Gold and Silver at Critical Levels

Indicators point to a bull market as Bitcoin heads towards $40,000

It remained at $ 26.50 after speculative movements, which rose to $ 30.0 with high volatility at the beginning of February and saw the 8-year high. Metal maintained its support of $ 24.80 in January and managed to stay higher after the volatility in February. In the first trading week of March, the price is struggling with the $ 26.50 support and although this support is maintained after the intraday movement yesterday, there is still pressure today. The 24.80 level, which is the support point for January, is the main support in the price, but there may be a hold on the 25.50 before reaching this level, as well as the 100-day moving average is close to this level.

Technically, the uptrend accelerated in silver after the move at the beginning of the pandemic is maintained, but the strain near $ 26.50 in the last week strengthens the possibility of some decline. We will follow the 25.50 and 24.80 levels in the trend.

The 5-month decrease in the multiplier continues in the first week of March. Sales, which accelerated with the bottom of the rise channel on July 20, accelerated gradually with the exceeding of the 73.0 level in the last week of January. At the beginning of February, the price fell to the lowest level after July 2014, with an intraday increase of nearly 10% in silver, and is trading below $ 65 this week. We are watching the 62.25 level as support and the 67.40 level as resistance in the multiplier and we think that gold should be appreciated rather than the fall in silver for the rise.

With the loss in ounce, there was a decline to record levels of 395 TL. In the last week, after 425 TL movement, the price is traded close to 408 TL, which we care about. In the last week’s declines, we stated that gold of 408 TL would not be permanent for now. The decline of the ounce of gold, one of the components that affect the price, towards the $ 1,670 support will of course cause a decrease in grams. At this point, if the decline in ounce accelerates with the appreciation of the dollar in global markets, an increase over 7.50 may be experienced in the exchange rate. Therefore, withdrawals can be balanced around 380 TL.

We follow 380 TL under gram as the first important main support, and if there is no decrease below 408 TL, we follow 445 TL in future recovery. We expect the strong upward trend in the medium-long term to continue for a while in the short term. 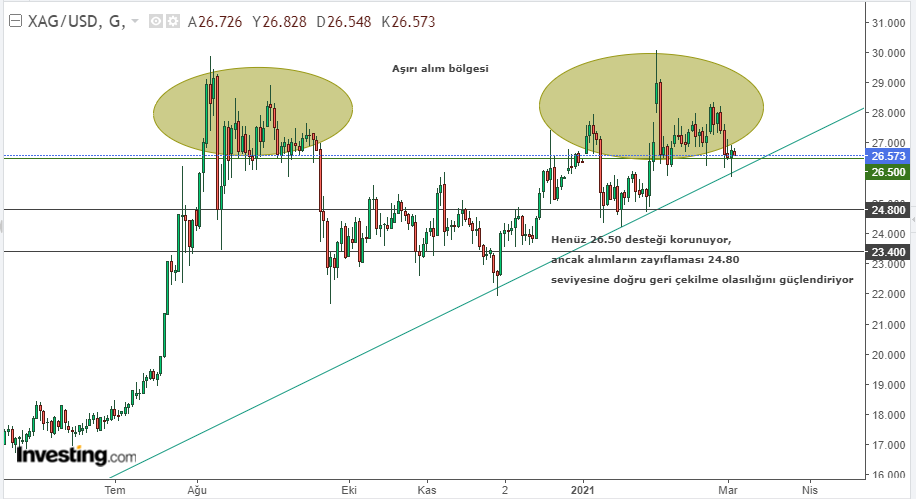 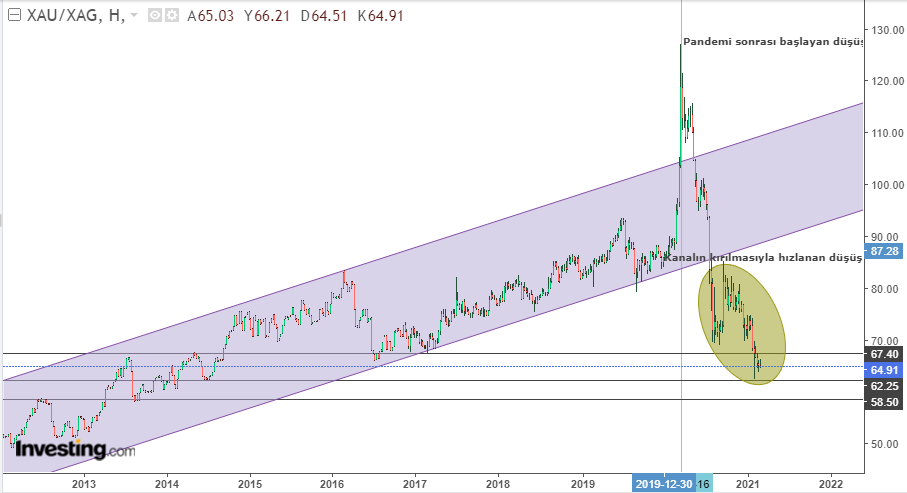 Share
Previous Is the sale in deposits a signal to switch from foreign currency to TL? By Investing.com
Next Bitcoin (BTC), Ethereum (ETH) and XRP Price Analysis