Bitcoin investors have increased their long-term savings like never before!

Dutch official calls for a complete ban of Bitcoin

Bitcoin crashed – In the process of accumulation of dollars, gold found its way

After rising to $ 58,000 on February 21 and breaking a record, Bitcoin (BTC), which experienced a correction that exceeded 25 percent and fell to $ 43,000, caught an upward momentum in the first hours of Tuesday and again rose to over $ 50,000. One indicator in particular reveals that investors expect this upward trend to continue.

Jan Happel and Yann Allemann, co-founders of on-chain analytics provider Glassnode, In his posts dated March 1 He discussed the change in liquid supply of Bitcoin.

Sharing a chart showing that the liquid BTC supply is gradually decreasing, the co-founders stated:

“The liquid Bitcoin supply shift in major corrections during the current and 2017 bull market. The flow in the network continues to decline, whether the price rises or falls. This reveals the frenetic increase in the number of savers and investors’ confidence in cryptocurrency.” 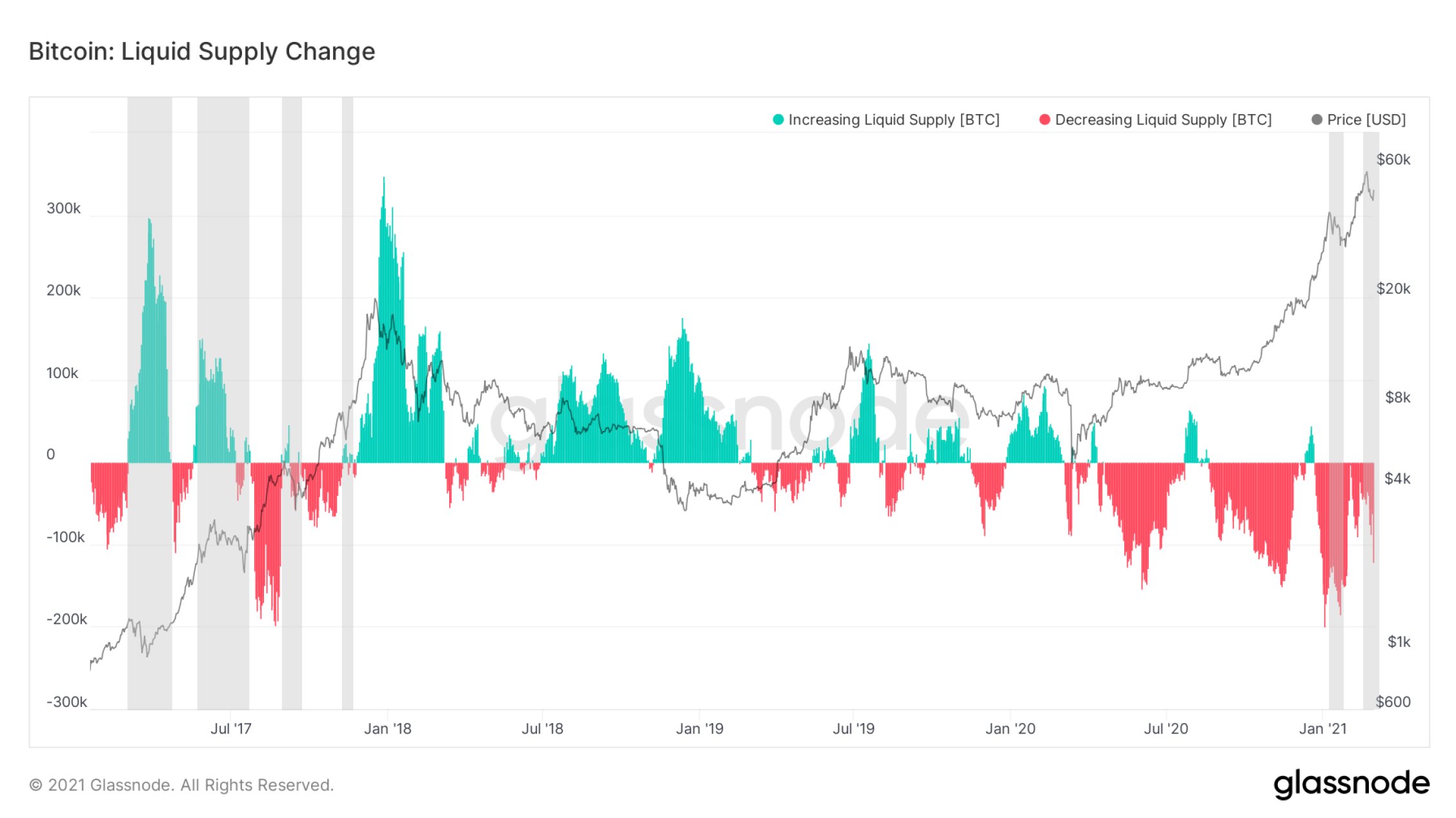 The liquid supply change is not the only indicator that gives positive signals about the bitcoin price. Bitcoin’s output rate of return (SOPR) indicator has also turned negative for the first time since September 2020. This means that the majority of investors are trading BTC at a loss. Analysts interpret this as the end of the profit taking process.

According to Glassnode’s data dated February 26, miners also stopped selling BTC for the first time since December 27 and started to accumulate. Institutional investors as well as miners also see it as an opportunity to buy, rather than worry about the correction.

Business intelligence giant MicroStrategy, one of these institutional investors, bought 19,452 BTC, worth over $ 1 billion, at an average of $ 52,000 on February 24. The company announced once again yesterday that it purchased another $ 15 million worth of BTC, taking advantage of the bottom price.

One of the leading names in the industry, the famous analyst PlanB, on the other hand, thinks that Bitcoin closed February at $ 45,240, performing exactly in line with the stock flow model developed by him. The analyst targets between $ 100,000 and $ 288,000 for the year-end BTC price.

Bitcoin, which has gained close to 3 percent in the last 24 hours, is being traded at around $ 49,500 as of the time of the news broadcast.