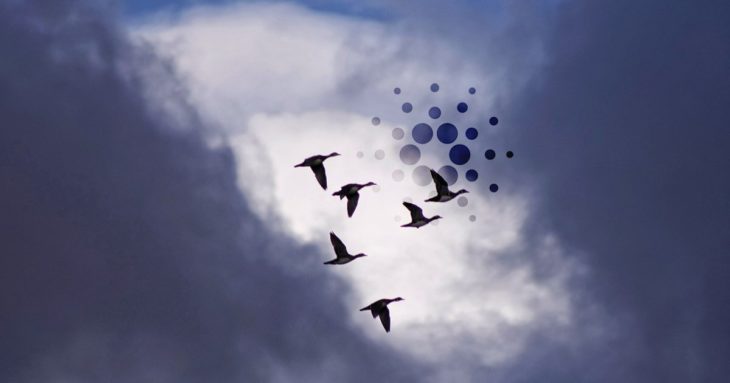 Cardano’s native cryptocurrency ADA has seen a price increase of over 100 percent since the beginning of the month. While the bull market is partially responsible for the ADA’s price increase, the rally is mostly due to major improvements within IOHK and several very important releases planned for this year. Here are 3 reasons why the price of Cardano (ADA) increased by more than 100% this month:

Goguen, the era of the Cardano blockchain that will reveal smart contract functionality, is in development for a long time and is expected to be released soon. The teams behind the blockchain are working at almost all stages simultaneously to ensure smooth startups and minimal performance issues.

The first of two hard fork combiner (HFC) events designated to unlock Goguin took place on February 3 and brought local assets to the Cardano test network. At the end of February, the same upgrade will be applied to the Cardano mainnet and will transform Cardano into a DeFi platform.

While Cardano is not the only blockchain platform to perform tokenization locally, the market has reacted strongly to this update. This means that ADAs defined to users in Cardano act exactly as a local cryptocurrency does. Having local assets means transactions between local tokens and assets are free of charge. This makes DeFi applications much more cost effective and efficient.

2.The Network Will Become Fully Community Controlled in Less Than Two Months

While decentralization was one of the biggest agenda items in the cryptocurrency industry last year, only a handful of networks have taken concrete steps to achieve this.

IOHK, the company behind Cardano, is preparing to relinquish all control over block generation in the network on March 31, when the d-parameter will drop to zero. The D-parameter is a metric used to represent the percentage of blocks produced by IOHK. When Shelley, Cardano’s staking era, was launched last year, it was set to parameter 1, meaning 100% of the blocks in the network were produced by the company.

With each cycle, the value of the d-parameter slightly decreased and was set to reach zero at the 257th cycle. When D reaches zero, IOHK’s only role in the Cardano ecosystem will be to continue developing the network until its mandate runs out.

Knowing that the network you invest in cannot be controlled by its founding company was definitely something that attracted many users to Cardano, and this week pushed the ADA’s price well above $ 0.71.

Both IOHK and the Cardano Foundation have spoken a lot about Africa’s potential for blockchain adoption, with frequent investments in various development and education programs across the continent. Charles Hoskinson, CEO of IOHK, announced late last year that the company was working on a series of projects that included Cardano and targeted Africa only. Recent reports show that IOHK’s “big” Africa project is in the final stages of its development.

In a recent interview with Proof of Africa, John O’Connor, director of IOHK’s Africa Operations, revealed that the company is in the final stages of a major government contract in Africa. Once the project is launched, it can add millions of new users to the Cardano platform and become one of the biggest real-world applications of blockchain technology.

What is clear is that almost all of the projects IOHK is working on in Africa will be based on Atala PRISM, IOHK’s identity solution based on Cardano. O’Connor explained that the company has “reasonable plans” to attract 100 million users on this identity platform over the next few years.

The prospect of having tens, and perhaps hundreds of millions of users in Cardano over the next two years, has certainly stimulated the market. There has been an increase in both ADA’s trading volume and the number of new ADA wallets created. This shows that the market is reacting strongly to positive news from Cardano.