What is the Keltner Channel indicator? What does it do?

There has been a claim that the Bitcoin (BTC) price can rise to the level of $ 110,000 thanks to the existing bull market.

Rafael Schultze-Kraft, co-founder of on-chain data source Glassnode, via Twitter on February 12 shared In his market evaluation, he mentioned the possibility of a 135 percent increase in the Bitcoin price.

Arguing that a structure similar to the bull market seen in 2017 was formed, the analyst stated that Bitcoin was traded at $ 8,500 at that time. According to the data, if the market reacts similarly, 1 BTC could rise to the level of $ 110,000.

The basis of your prediction is the “Marketcap to Thermocap” indicator 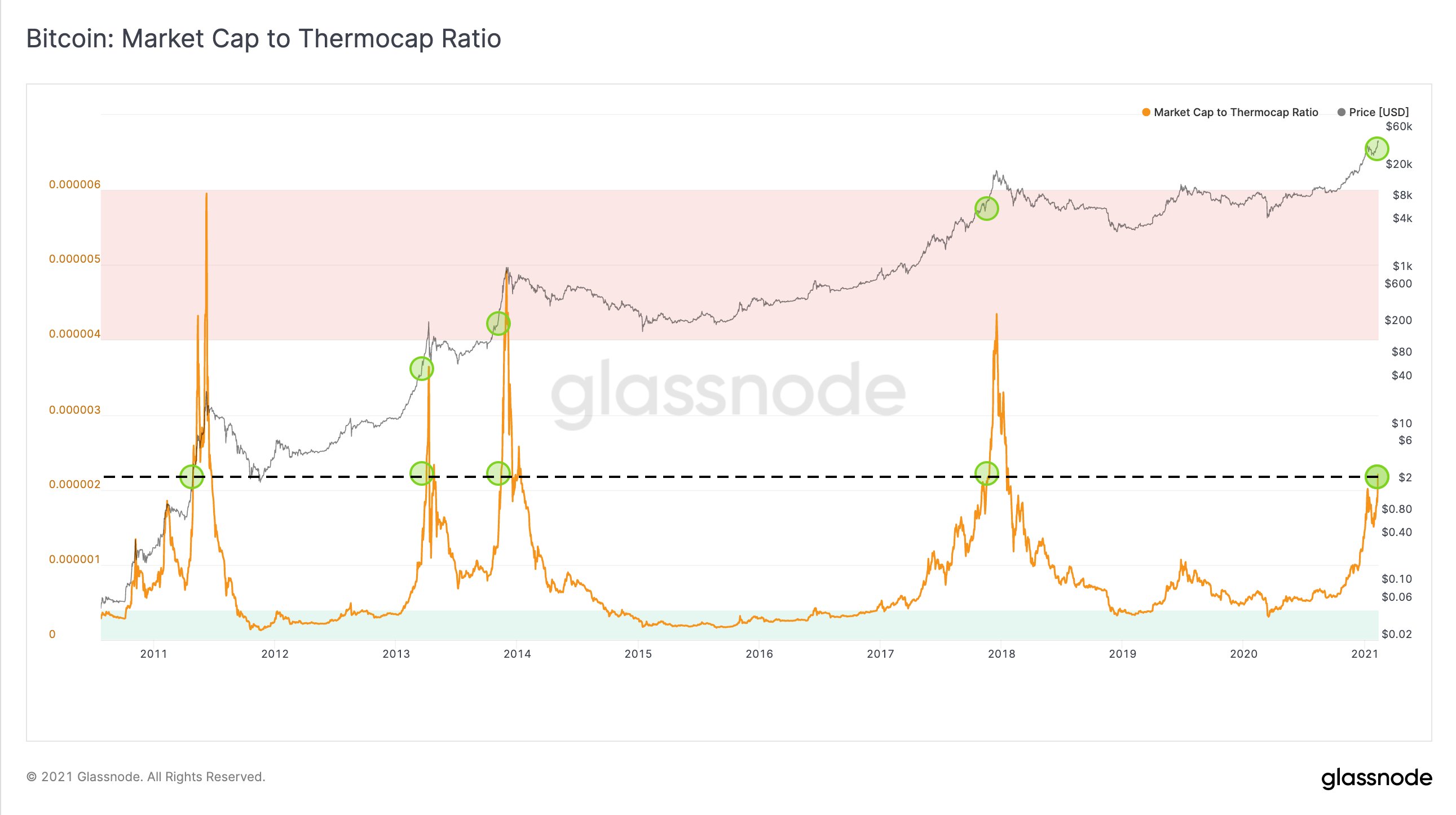 Chart of the Marketcap to Thermocap indicator. Source: Twitter

According to the analyst, in the bull market in 2017, when the Bitcoin price was around $ 8,500, the “Marketcap to Thermocap” indicator was calculated at the same level as the current period.

That year, the Bitcoin price entered a rapid upward trend and gained 135 percent. If the indicator, which is currently at a similar level, works, the bitcoin price can reach approximately $ 110,000.

How does Marketcap to Thermocap work?

Marketcap to Thermocap metric; It is calculated by dividing the Bitcoin market volume by the value of the miners’ total income in dollars.

As it is known, miners earn income with the reward amount of the blocks and the fees paid for the realized transactions. This income, called Thermocap, is calculated by adding the daily value of earnings in dollars.

As the calculated value rises, the Bitcoin price is interpreted as higher than it should be. The low rate indicates the ideal point to buy.

Although the chart shared by Glassnode says that the price is rising towards the overbought level, it seems that the movements shown by the green circles in the chart are overlapping. According to the analyst’s claim, the value marked in 2017 is the same as the currently calculated Bitcoin price. Sent by tweetIn, the analyst wrote:

On the other hand, PlanB, the developer of the stock flow (S2F) model, said that the Bitcoin price is moving towards the level of $ 288,000 and that there is no change in the model it shares. he stated.

Share
Previous DeFi runs for $ 80 billion
Next Center’s official reserve assets increased by 12.8% to $ 93.3 billion in December By Investing.com