XRP price could bottom against Bitcoin if this pattern works

“Dogecoin rally could end on May 8”

Ripple will go public after litigation

Polkadot (DOT) currency has become the prominent name of the uptrend in the cryptocurrency ecosystem.

According to the leading data portal Coingecko statistics, DOT has surpassed the local token of the Ripple network XRP in terms of market value, after a 28 percent increase in the last 24 hours. Thus, Polkadot became the fourth largest cryptocurrency by market cap. 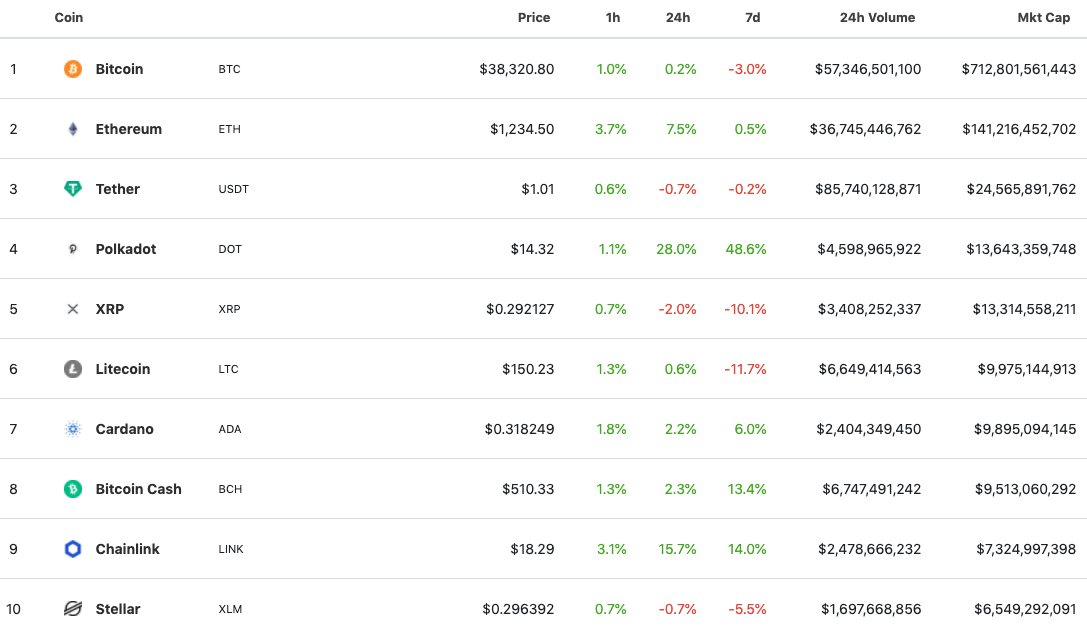 The Polkadot coin rose after hitting its daily low of $ 11 and reached an all-time high of $ 14.80. The news was being traded at $ 14.32 at the time of its publication. Following the massive price action, the market value rose to $ 13.6 billion, according to Coingecko data.

XRP, on the other hand, has declined only 2 percent in the past 24 hours. The cross-border transfer token struggled to reach above $ 0.30, while its market cap remained around $ 13.3 billion.

Statistics from the Polkadot platform say there are over 1 billion tokens in circulation and a market value of $ 14.8 billion. Messari’s cryptocurrency statistics are very similar and also explains that DOT surpasses XRP by $ 3 billion in market value.

Binance’s Coinmarketcap, on the other hand, is the only site with different data, as the DOT supply is reported 10 percent lower. CMC; Ethereum and Binance are lagging behind in listing the Smart Chain’s competitor, Polkadot.

Polkadot is a multi-chain protocol running on its own technology called “Substrate”, which is a blockchain infrastructure. The platform is completely built on interoperability. It can be connected to other blockchain networks as a side chain. The blockchain protocol can handle thousands of transactions per second. With these features, it is called the “Ethereum killer”.