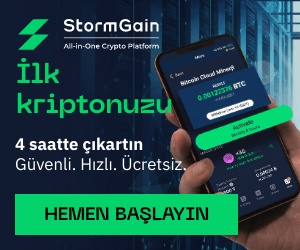 Litecoin (LTC) will celebrate its 10th anniversary this year. So who can reveal Litecoin’s secrets better than its creator Charlie Lee?

It’s a big year for Litecoin, one of the major cryptocurrencies after Bitcoin (BTC). Bitcoin is referred to as gold and LTC as its silver. The silver of the crypto money market will celebrate its 10th anniversary in November.

In this context, Decrypt made an interview with Charlee Lee, the founder of Litecoin, about the crypto money he designed. In an interview, Lee revealed 9 things Litecoin loves:

1- Litecoin hasn’t had a glitch for 9 years

The two cryptocurrencies with the highest market value – Bitcoin and Ethereum – suffered from failures in their systems, but according to Lee, Litecoin had no problems.

2- Ranked Top 10 in Market Value Since Day One

Its rankings may have changed many times, but Litecoin was always in the top 10 in terms of market cap. It currently ranks 7th between Chainlink (LINK) and Cardano (ADA). But Decentralized Finance (DeFi) cryptocurrencies Wrapped Bitcoin (WBTC) and Uniswap management token (UNI) are rapidly increasing their value.

Lee said in his comments that most cryptocurrencies became famous for 15 minutes, but they could not recover and Litecoin almost never left the showcase.

Litecoin uses a different mining algorithm than Bitcoin. This means that it can dominate the encryption levels with the Scrypt algorithm. But this algorithm is not an option for Bitcoin Cash. It uses the SHA-256 algorithm with Bitcoin, but as a result of only 2% sovereignty, Bitcoin Cash can be vulnerable. According to Lee’s statements, LTC’s Scrypt algorithm provides 99% dominance.

According to their statements, there is no incentive for Litecoin miners to attack Litecoin.

Litecoin is listed on all major crypto currency exchanges. Considering that it is used as a value accumulation tool like Bitcoin, has very low fees and is used as a medium of exchange thanks to its fast transaction feature, its importance grows.

Lee explained that Litecoin’s current market value has reached $ 9 billion and daily trading volume has reached $ 8.5 million, which is a very nice feature.

5- Has The Most ATM Support Other Than Bitcoin

In fact, Lee explained to his statements that Litecoin has so many platforms to buy and sell and is the second most supported cryptocurrency.

In November 2020, PayPal offered Bitcoin, Ethereum, Bitcoin Cash, and Litecoin payment support, allowing customers in the US to make payments with cryptocurrencies.

According to Lee’s statement, the reason people support Litecoin is because it is useful and it is one of the most valuable crypto currencies in terms of market value.

There is a big innovation coming to Litecoin. This innovation aims to make the coin differentiate from others.

According to Lee’s statements, the power of money is the same as other banknotes, but this is not the case with Litecoin and Bitcoin. As an example, he added that Coinbase accounts were closed because Litecoin was purchased from the black market.

The MWEB feature, which has been implemented, ensures that coins are not corrupted and used as an option as a side chain, no matter what they have been used for in the past. According to Lee, the new feature will be the reason to buy for Litecoin.

Grayscale Investment made headlines last week when it announced that it manages $ 27.1 billion in assets. They allow investors to buy Bitcoins without simultaneously holding Bitcoins.

Grayscale Bitcoin Trust has surpassed most of the funds, but manages a few other cryptocurrency funds, including the securities manager Litecoin.

Lee comments that the $ 173 million LTC, that is, 2% of all Litecoins in the market, is locked in the Grayscale Litecoin fund as a sign that the company is doing its job very well. According to Lee, the corporate demand for Litecoin is difficult to measure, but despite that, this news is quite good.

Litecoin showed what could happen if its founder pulled out.

Lee had sold all of his LTCs due to conflict of interest and other reasons during the cryptocurrency boom in late 2017. But people still hate him, according to his latest statements. This is because people think that Lee’s sale of Litecoin caused the entire market to collapse. But Lee finds the charges against him unreasonable.

“It’s about human nature that this event happens and I should have expected it to happen. Most people think I have no incentive to work on Litecoin so I left. But it’s the opposite, because it’s something I found and it has a heritage value to me. “

What do you think of Litecoin? You can share your thoughts in the comments section.