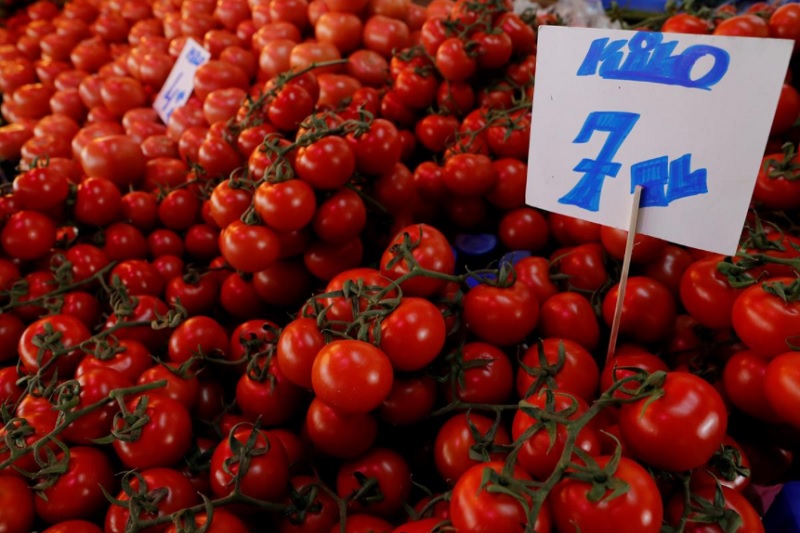 The record increase in the exchange rate was instrumental in the PPI rising to double digits again as of August and over 20% as of November. While the effect of the exchange rate continued in January, the increase in prices in the production of important basic food groups also accelerated the rise.

According to TURKSTAT data, manufacturing from the four main sectors of the industry increased by 28.42% annually.

Annual changes of the four sectors of the industry; 19.17% increase in mining and quarrying, 28.42% in manufacturing, 0.02% in electricity and gas production and distribution, and 25.88% increase in water supply.

The monthly changes of the four sectors of the industry; 2.46% in mining and quarrying, 2.73% in manufacturing, 0.72% in electricity and gas production and distribution, and 15.61% in water supply.

The lowest annual increase; Electricity, gas, steam and air conditioning production and distribution was realized as 0.02%, crude oil and natural gas with 3.39%, coke and refined petroleum products with 3.41%. On the other hand, basic metals with 56.85%, paper and paper products with 42.55% and metal ores were the sub-sectors with the highest increase in indices with 42.28%.

The highest monthly drop; Metal ores with 1.61%, computers and electronic and optical products with 0.31%, and other manufactured goods with 0.18%. On the other hand, water and water treatment and distribution were the sub-sectors with the highest increase with 15.61%, tobacco products with 15.44% and other transportation vehicles with 10.15%.