If Ethereum does not hold this important support, it is preparing for a big collapse »Coin Otağ

Ethereum recently revisited price levels above $ 1,400. The bullish leg tested the resistance at $ 1,450, but it hit a massive seller congestion. Ethereum’s boom occurred after Bitcoin rose to $ 38,000, mainly on the rise by Elon Musk on Friday. The billionaire and founder of Tesla claimed that he bought BTC by changing his biography on Twitter to Bitcoin.

Meanwhile, Ethereum has been withdrawn to $ 1,300, unable to hold above $ 1,400. On the upside, the 50 Simple Moving Average is the cap price move. It looks like the selling pressure is intensifying, thus jeopardizing emergency support at the 100 SMA or $ 1,300.

The above support areas should be defended at all costs. What’s more, a rising trendline helps the bears stay in line, preventing the potential failure from falling to $ 1,200. 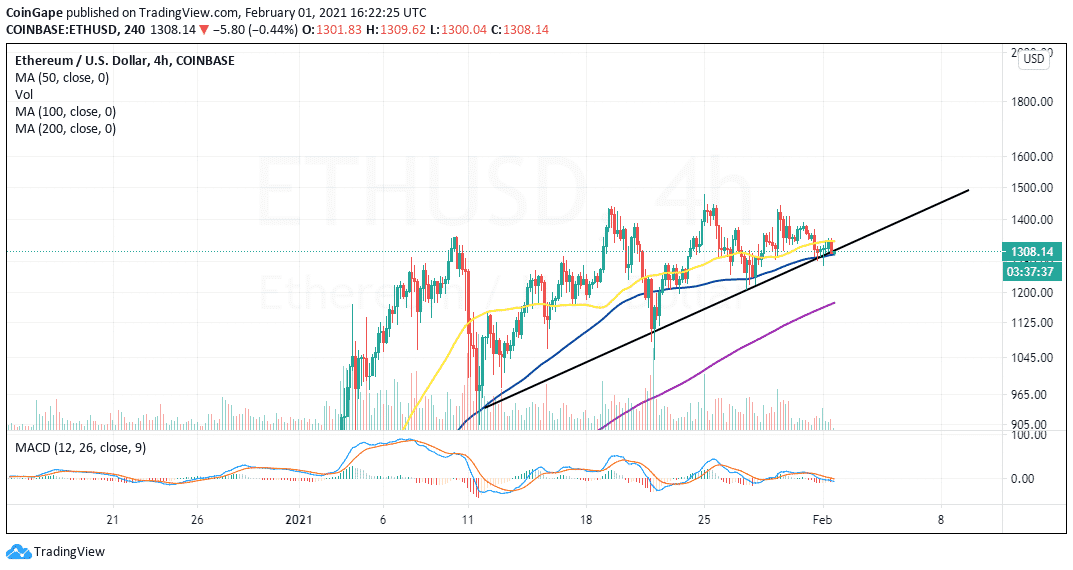 For now, the path of lowest resistance is downward relative to the MACD. Note that closing below $ 1,300 daily can trigger large sell orders. If enough selling pressure is created, Ethereum support could drop to test at $ 1,200.

The other side of the picture shows that Ethereum can avoid the failure completely if 100 SMA support remains intact. While Ethereum is heading for $ 1,400 and $ 1,500, closing the day above 50 SAM will require more buy orders.

To be informed immediately of the latest developments Twitter Join our page!