After GameStop Rank In Silver, Price Reaches Top of 8 Years

Why did China’s efforts to end Bitcoin fail?

The determination of small investors, who created high volatility in the markets with organized action against big investors last week, continues in this direction. Silver started the new week with a rapid rise with the purchases of investors who turned to silver after certain stocks.

After gaining 5% last week, today it gained 9%, surpassing $ 29.3 and peaking after August. It then exceeded the $ 30 level in the last hour, hitting the highest level after February 2013.

With this organized and massive purchase of small investors who came together through the Reddit platform and decided to buy first GameStop and then silver, the transactions in the last week are more than the total of approximately one month transactions.

With this intense demand for silver, the price showed an extreme move and went beyond the technical view. Silver, which started 2020 near the $ 18 level, accelerated its purchases in March after seeing the $ 12 level below the pandemic’s pricing and investors’ cash runoff, approaching the $ 30 level in August and saw the peak after March 2013. Having rested in the last months of the year, the price gradually rose above the $ 24 level as of December. The price, which also spent the month of January with a premium, started February with a record increase and the daily premium exceeded 10%.

It should be noted that there is a total demand intensity in the rise in prices, and the volatility created by such collective movements is risky rather than an economically supportive development. In pricing except technical calculations, the level to be reached after the excessive movement stops is important and if the level of $ 26.50 is maintained, the movement in purchases may continue to increase. However, if this organized movement continues unabated, the October 2012 peak of $ 35 could be tested.

Silver also fell more than 8% to $ 62 today, with over 10% movement in silver. This lowest level seen after February 2014 can continue with Reddit current and the decline may accelerate according to the future purchasing power.

Apart from global, regional or political-geopolitical developments, this volatility created by speculative movements can neither create foresight in pricing nor create credibility at the technical level. Therefore, we care about the retracement levels that will come after the volatility. We will follow 26.50 as the first level. 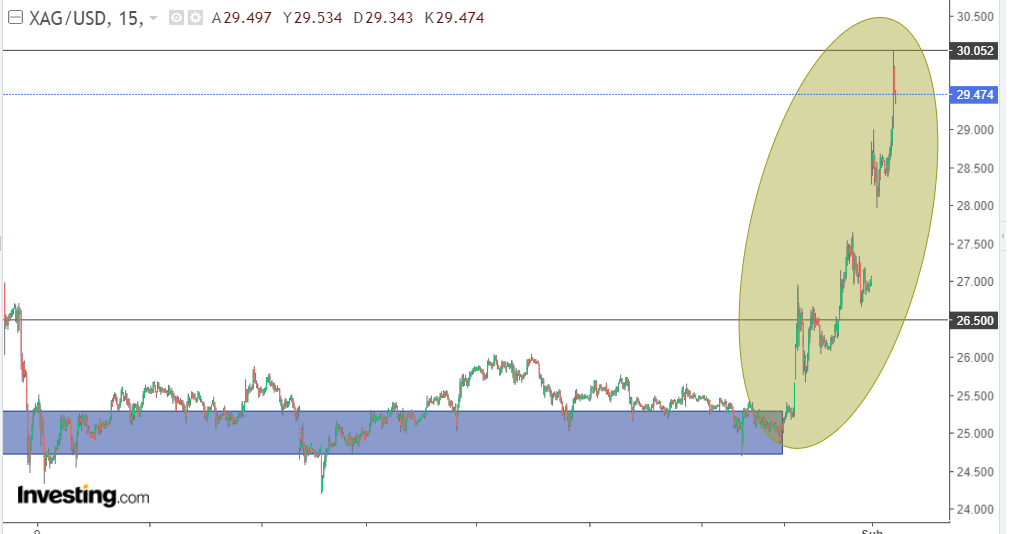