We Completed 2020 With Minus 41 Billion Dollars Reserve

Why did China’s efforts to end Bitcoin fail?

Turkey, in 2020, tried to control the interest rate by selling foreign currency in order to keep low. Throughout the year, we explained that this trial would not work, eventually it would be necessary to raise the interest. This policy was insisted until two months before the end of the year, and the foreign exchange reserves of the Central Bank were used when trying to intervene by selling foreign exchange. Although net reserves excluding swaps went negative, this policy was continued. Later, it was realized that this policy could not bring a solution and the CBRT was raised from 8.25 percent to 17. Unfortunately, replacing outgoing reserves is not that easy.

The table below shows the reserve situation at the end of 2020 in comparison with the end of 2019 (Source: CBRT / International Reserves and Foreign Exchange Liquidity December 2020 table, CBRT / Analytical Balance Sheet and CBRT / Exchange Rates tables). 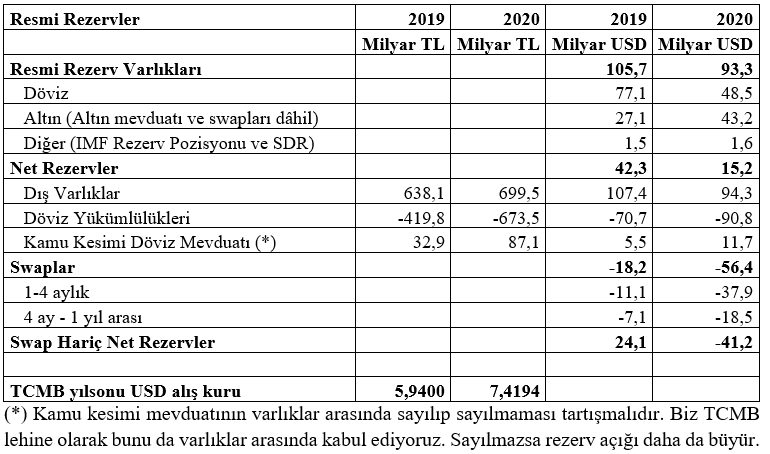 This is what we call risk. The correct economic policy would be to increase the interest rate in a timely manner and not to spend reserves for intervening in the exchange rate, seeing that the main factor causing inflation is the loss of foreign value of TL. Then the reserves wouldn’t be negative, and the economy wouldn’t seem so risky to outsiders. When the economy does not look so risky, its premium will drop. The Treasury could also borrow with lower interest rates.

Share
Previous Inflation is expected to rise by 20-25 basis points Author Reuters
Next What is Ethereum’s next goal? Will he be able to see the $ 1500 again? »Coin Otağ