These Words of Elon Musk Wrote on the Bitcoin Blockchain! Coinexc 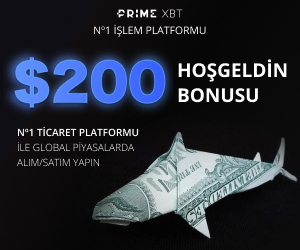 A tweet by Tesla and SpaceX CEO Elon Musk was written on the Bitcoin (BTC) blockchain.

This message of @elonmusk‘s was just embedded into the #Bitcoin blockchain for all of eternity. pic.twitter.com/SGSSZ6pvT9

Later, these words of Musk were placed on the Bitcoin blockchain by the person known as @zakkdev on Twitter to stay there forever.

“In retrospect, it was inevitable” – @elonmusk on the #Bitcoin blockchain forever.https://t.co/PIIocYUId5

Bitcoin On The Rise

After Elon Musk added the word Bitcoin to his profile, a rise in the leading cryptocurrency began. According to Coingecko data, BTC has gained 17% in the last 24 hours and 1% in the last hour, reaching $ 36,707.

What Is The Rising Flow (FLOW) After It Is Listed On The Binance Exchange? • Coinexc

Risen after being listed on the Binance Exchange, Flow is a new blockchain built for …