Bitcoin (BTC) has been the focus of many criticisms since its inception. A name from the cryptocurrency industry has rolled up his sleeves to respond to most of these criticisms.

Dan Held, one of the directors of the US-based cryptocurrency exchange Kraken, In the January 10 tweet thread It responded to the criticism that Bitcoin received the most so far.

Held said that anti-Bitcoin opponents were struggling with the “fear of missing the train” during bull markets, claiming that the cryptocurrency would fail because of “fear, anxiety and uncertainty”, abbreviated as “FUD” by the market Put forward.

These allegations, many of which are completely unfounded, continue to be the negative rhetoric that Bitcoin has to contend with. As the Bitcoin price is rising, I see more and more of these statements.

“Bitcoin has no intrinsic value”

Held said that anti-Bitcoin opponents criticized crypto for “having no intrinsic value”, but legal coins have no substantial value. Since the abandonment of the gold standard in 1971, the dollar has been minted without any foundation.

Dan Held, similarly, is using currencies such as the euro and Swiss franc. explained that it has no such intrinsic value.

The Kraken manager also touched on rumors that Bitcoin is a bubble. BTC is sometimes compared to an economic bubble by mainstream figures. Finally, billionaire Mark Cuban likened crypto to the dot-com bubble of the 1990-2000s, when internet stocks rapidly gained value and collapsed.

Bitcoin is not like the Tulip Mania. It offers the world the best digital store of value ever seen, and it provides people with the ability to store value in a way that no one in the world can seize or transfer without permission.

“BTC is used for money laundering and drugs”

Held announced that 2 trillion dollars of money is laundered worldwide every year, while the people of the USA spend 150 billion dollars each year on drugs. In contrast, the total value of the crypto money market reaches only $ 1.1 trillion.

Dan Held, the problem is not in Bitcoin or cryptocurrencies where most transactions are recorded on transparent ledgers, claimed to have legal money. According to a quote shared by Held, the Financial Action Task Force (FATF) stated:

Bitcoin is another issue that is frequently criticized. also referring to the ripple “No one says ‘Gold is not a good store of value because its price is fluctuating,’ but we hear it all the time for Bitcoin,” Held said.

“Look at how stable the 4,000-year-old value storage tool is!” shared with the note: 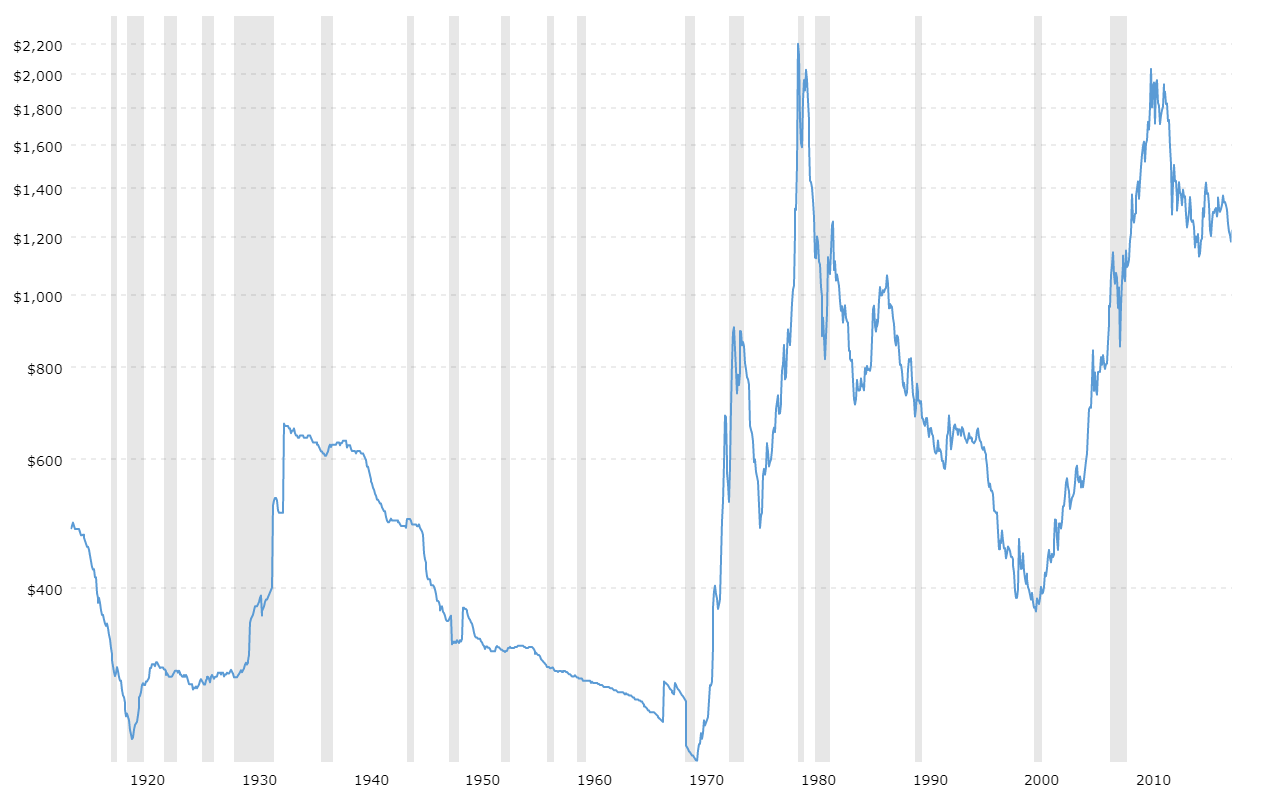 The performance of the gold price over the last 100 years. Source: Dan Held / Twitter

The Kraken manager is the latest on Bitcoin price fluctuation stated that:

What did you expect from a new solid coin? Of course, it would not proceed linearly. Also, a fixed price is in contrast to being a good store of value because it indicates that supply is in control.

Share
Previous These 3 factors indicate that Ether (ETH) is on its way to $ 2,000
Next Georgia elections, high yuan, OPEC + impasse – What’s happening in the markets? By Investing.com