Voyager (VGX or BQX) price increased by more than 10 times in one month!

Bitcoin (BTC) price has surged in the past month, reaching an all-time high, while other cryptocurrencies have also gained momentum.

Voyager cryptocurrency’s native token VGX, which is traded on some exchanges with the BQX tag, achieved an extraordinary rise, peaking at 1,030.8 percent in a month. 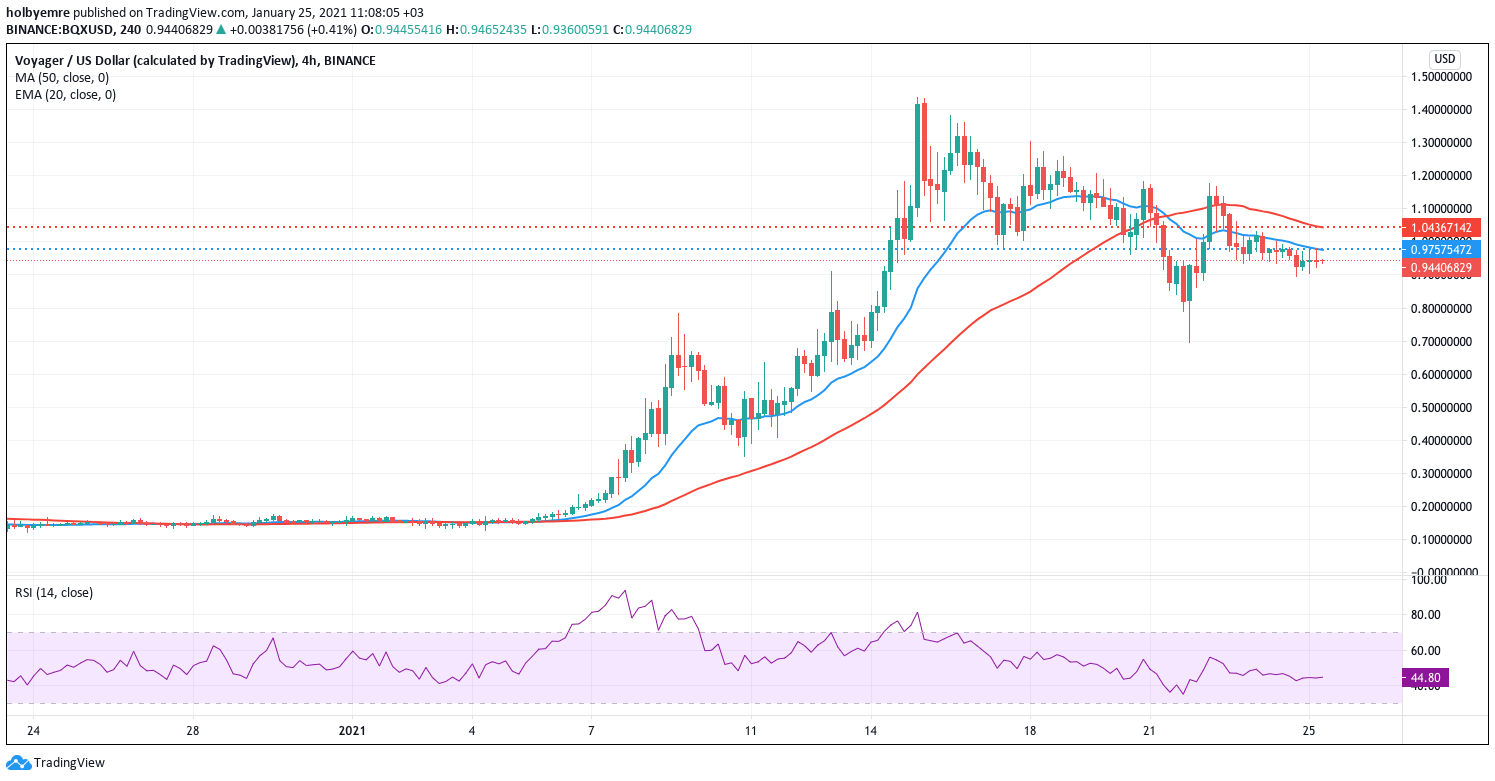 The value of the Voyager token against the dollar. Source: TradingView

Why did Voyager rise so fast?

Saying that it is a commission-free crypto currency platform, Voyager falls into a separate category from its competitors. The system, which includes a smart order router, allows customers to trade in more than one exchange.

Exchange users can earn staking income if they have money in their wallets.

According to on-chain data, it is observed that the number of active addresses of the exchange daily exceeded 1,500, and the transfers reached 60 million dollars rapidly.

Voyager announced in October 2019 that it has partnered with Celsius Network to manage some of its customers’ assets. Thus, the protocol diversified the staking services. An important milestone was the Circle Invest acquisition, which was completed in February 2020. These developments explain the current increase in user accounts and token activity.

The total transaction volume on the Voyager platform reached $ 120 million in November 2020, while the amount of assets under its management exceeded $ 485 million on January 15.

The opinions and comments expressed here belong only to the author. It may not reflect Cointelegraph’s views. Every investment and trading move involves risk. When making your decision, you should do your own research.

Share
Previous The advantage in the Bitcoin options market is in the bulls!
Next This little known token went up 300% in one week!