Ether (ETH) started the new week with a strong momentum. The largest altcoin broke the record on January 25, rising to $ 1,467, according to CoinMarketCap data.

Ether, the cryptocurrency of the Ethereum blockchain network, had previously reached the previous record level seen on January 13, 2018, reaching $ 1,428 on January 19. Ether subsequently experienced a 7 percent retracement for reasons such as the futures market’s funding rate increasing 30 times the normal and the crypto market losing momentum in general.

ETH, which took a very strong momentum in the new year and took a rapid rise, traded at $ 730 on January 2, and rose to $ 1,303 in just one week. Ether even surpassed Bitcoin, which constantly refreshed the record with its performance in January 2021.

Ethereum Price Index: How many TL (ETH TL) for Ether?

One of the main factors behind the rise of Ether, such as the rapid increase in the money transferred to the DeFi sector, the doubling of the number of active ETH addresses daily, and the highest transaction fees in Ethereum, point to the start of the Ethereum bull market.

David Grider, a strategist at giant market research firm Fundstrat Global Advisors, suggested that the biggest altcoin could rise to $ 10,500 after Ether’s record set on January 19. The strategist said that Ether is currently “the best risk / reward investment in the crypto space” and emphasized that the Ethereum blockchain network is the biggest foundation for DeFi applications.

On the other hand Based on Glassnode data The volume of Ether withdrawn from exchanges reached its all-time high of $ 40,997,704.58 on January 25. The reduction in stock exchange reserves generally indicates long-term investment and therefore an increase in prices. Glassnode according to another post The number of addresses with any amount of ETH also broke a record, reaching 52,735,989. 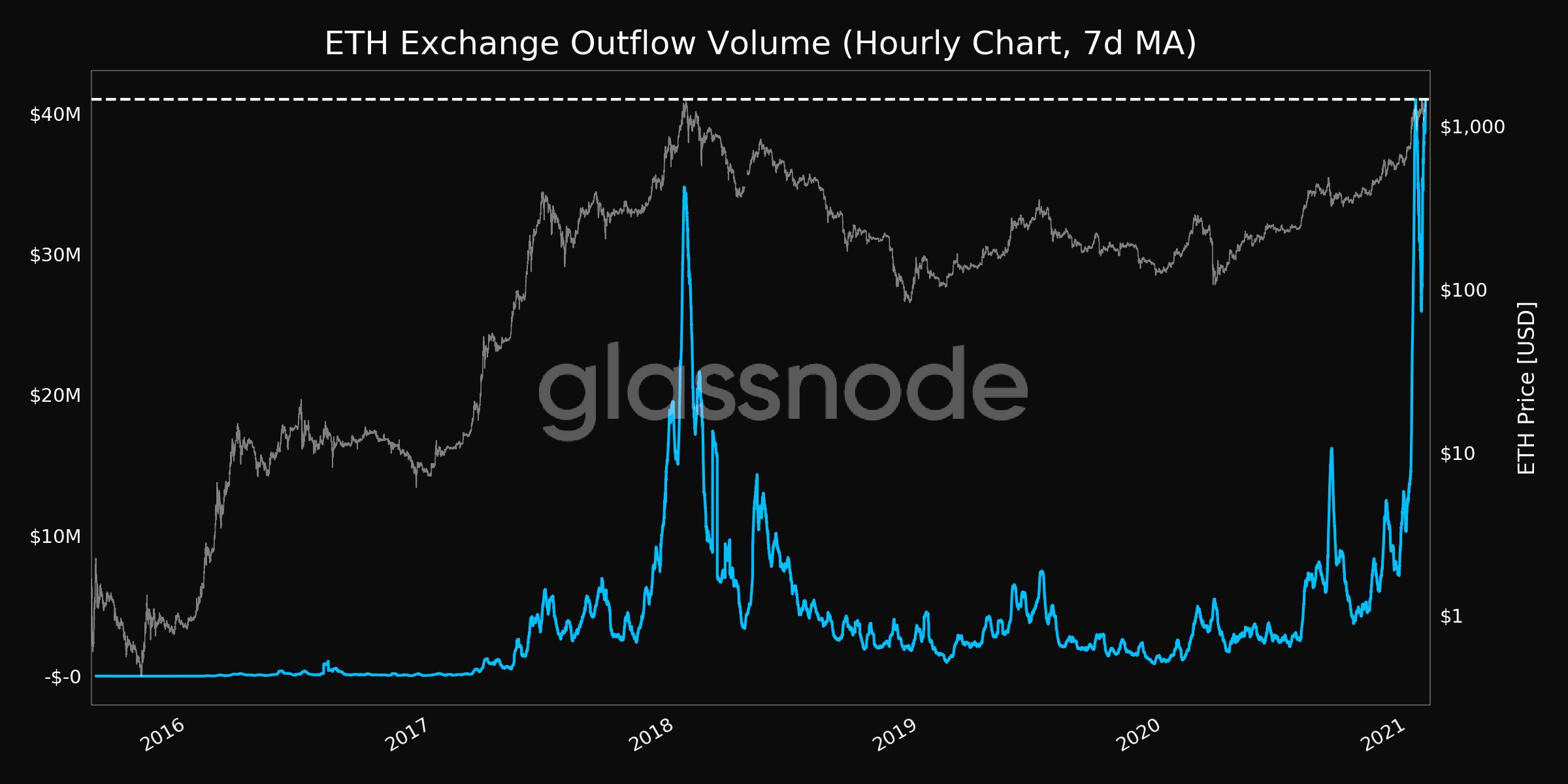 Ether, which has gained 4 percent in the last 24 hours, is trading at around $ 1,400 as of the time of the news release.

Share
Previous How does compliance software detect cryptocurrency fraud and money laundering?
Next “Double-Spend” panic in the Bitcoin network!